Are 360 Camera System For Car Dashboard Monitoring Worth It?

Last updated by: The Digital Bridges July 16, 2021 in Gadgets 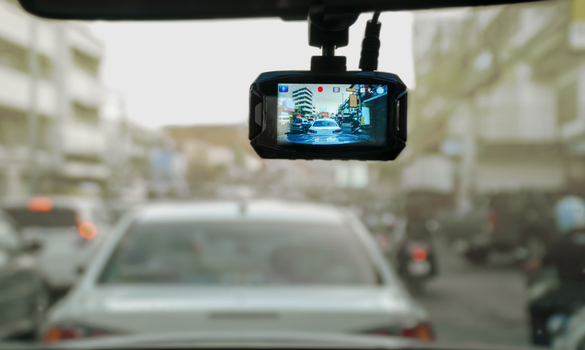 With 360 camera monitor systems becoming more readily available in vehicles, drivers are often wondering if these systems truly reduce liability and improve safety. As a tech enthusiast, you likely understand that the technology behind 360 degree cameras is unwavering. Monitoring systems are one of the most innovative car gadgets of recent years. With these systems, you can avoid being victim of staged accidents, document your liability, and monitor your driving behavior. Some drivers have even submitted footage from car recording systems that has gone viral on the internet. However, to purchase and install these systems is often still expensive. Because of this, many drivers are wondering if 360 camera systems for car dashboard monitoring are worth it.

A major consequence of utilizing 360 degree monitoring systems is that they make your vehicle targets for theft. These systems are still fairly expensive. Often, fully purchasing and installing security cameras costs upwards of $500. Being visible and valuable pieces of equipment, they are easy targets to be stolen when left out. If you find yourself in scenarios when you feel the need to hide cameras, you may not have them when they are needed most. Consider how expensive recording equipment may be stolen through its visibility in your car.

360 monitoring systems are accompanied by varying recognition levels by the insurance industry. A major reason people invest in camera systems is to reduce their liability in case of an accident. Unfortunately, having accident footage does is not guaranteed to be used. In many cases, it does not even paint a clear enough picture of who is at fault. At this point in time, most insurance companies have not even established policies towards their acceptance of footage. Some insurance companies that do accept footage, treat it like accident photographs. Consider the acceptance policies by your insurance company before you purchase 360 monitoring systems.

Footage Can Be Held Against You

Footage obtained from 360 monitoring systems can sometimes be held against you. 360 systems often incorporate GPS monitoring systems. Through calculating your distance traveled over time, these systems can calculate your average, or specific speed at a point in time. If it appears that you were speeding prior to, or at the time of an accident, this footage can be used against you on behalf of your insurance provider. When you are involved in a motor vehicle accident, police officers can request to view and analyze your obtained footage with a warrant or subpoena. If you are at fault for an accident, you may not want this footage to be viewed or documented. Before you purchase a 360 monitoring system, ensure you will only obtain footage that works positively towards you.

Depending on the state you live in, monitoring systems are accompanied with varying legality. Many states have laws against recording individuals without their consent. This law extends to dash cam or 360 monitoring systems. Currently, over ten U.S states enforce laws restricting unknown recording. Be aware of these laws if you plan on traveling to other states in the future. Obtaining footage without consent could cause you to be fined or even arrested. Ensure that your monitoring system is compliant with local and state laws before making your purchase.

These high tech car accessories can additionally be distracting to users. If you are constantly focused on recording, saving, or deleting obtained footage, they may be distracted from the road. Focusing heavily on the camera can be extremely distracting and even disorienting for some drivers. As mentioned above, when footage shows you are constantly focusing on cameras or adjusting systems, it can be used against you. If you are the type of driver who is easily distracted, consider alternatives before making your purchase.

At the same time, installing a 360 degree dashcam may present risks for privacy. Many devices are WiFi-enabled. This means that recorded footage can easily be uploaded to the internet within minutes. This is something to keep in mind should your camera be stolen or hacked into. Of course, this is especially concerning if your footage contains incriminating evidence. Certainly, the potential for privacy invasion is something to consider before installing 350 degree dashboard cams. Therefore, you may want to consider a different device to maximize your online security.

360 degree monitoring systems are becoming more popular to protect new high-end vehicles in case of theft or collision. They are one of the most high-tech car accessories recently produced. However, there are several factors leaving tech enthusiasts to question the value of these systems. Monitoring systems are often a target for theft when left in your vehicle. The footage obtained is not always recognized by insurance companies. When it is, it can frequently be held against you. Cameras and the act of recording is additionally accompanied by varying levels of legality depending on the state. Furthermore, cameras can be extremely distracting to focus on and adjust. Consider the points mentioned above if you are wondering if 360 camera systems for car dashboard monitoring are worth it.