Last updated by: The Digital Bridges November 4, 2021 in Apps 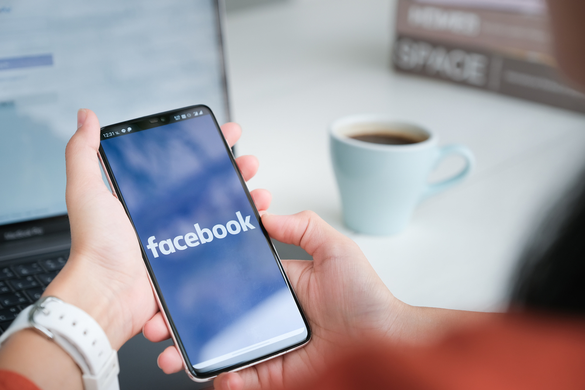 Technology is constantly coming out with new ways to keep us engaged in social media. There are even touchscreen refrigerators that will make it easier for us to tweet what we are eating for breakfast. Facebook statuses are one social media culprit that keep us up to date on the lives of all of our exes, coworkers and old classmates. Sometimes however, those details are too much. Below are the different types of Facebook statuses you will see much more often in your 20s than you see Kirby reviews.

Technology is a great way to keep in touch with friends and family when you cannot be together in person. However, it is also a great way to post HD pictures of a giant, sparkly rock on your finger. As you and your Facebook friends move on into the next stage of your lives, engagement statuses are inevitable. Pretty soon you will see three, four or even five rings popping up on your Facebook page. We get it, you are so happy that you found your soul mate. There is the downside of technology and social media – the emotional spiral you enter when you realize that your third grade best friend is getting married and you are still single. If you are in your twenties, you are sure to see plenty of Facebook statuses announcing proposals. (Then later in life, you will hear rumors of many divorce settlements too)

Speaking of emotional spirals, hopefully you handle yours in private. Although the dramatic days of high school are well behind you, it seems that there will always be people willing to let it all out in their Facebook statuses. Emotional rants can come in many forms, like the ones talking about how jealous someone is over others selling Twitter accounts. However, they are generally vague and posted late at night, just when you were about to turn in after a long Netflix binge. Now you will have to go into stalker mode and investigate the source of your Facebook friend’s emotional disturbance. After hours of searching through even more emotional statuses you may find the source, perhaps a breakup that happened three weeks ago. It is unlikely to ever be anything of great interest. These statuses can be just as draining to read as they are to post. Make sure you do not get sucked into the drama. Emotional Facebook statuses should be left behind in high school. Unfortunately, you will still see lots of these in your twenties.

Like the engagement posts, you will surely start noticing job updates in your friend’s Facebook statuses. Maybe you are fresh out of college and seeing your friends announce their new full-time job. Or perhaps you survived your mid-twenties and are settling into a career of your own, whether they design WordPress themes or bake cupcakes for a living. The job promotion announcements will always sting a little. You will be happy for your friends, sure, but it can also feel like you are not successful enough in your own job. When that feeling arises remember to click away from the Facebook statuses. Try not to let the perfect lives projected on social media keep you from appreciating yours. You are doing great. Job promotion statuses are something you will see time and time again in your twenties and beyond.

The dreaded political statuses are bound to arise on your Facebook newsfeed at some point. They can come from coworkers or close friends. Technology makes it so easy to share articles and ideas over the internet. Political views are unavoidable. However, that does not mean you need to get involved in a discussion about the benefits of nonrepudiation. If you see an old classmate supporting a certain orange, tiny-handed candidate that you despise, try to let it go. It would be better to unfriend them than it would to get into a full-blown debate in the comments section. Try to respect people’s opinions, even if you disagree. And if you cannot do that, thankfully there is an off button on your phone and laptop. Save yourself the stress of a political debate and just ignore the statuses. Political posts are another thing you will see lots of throughout your life.

Statuses can be a fun and interesting way to keep your Facebook friends updated on your life without having to use GetResponse software to send out an e-newsletter. However, sometimes these statuses can be too much to handle. Whether your friends are suddenly all getting engaged or your Aunt posts about her backwards political views, you may see statuses that make you want to take a break from Facebook. Next time you find yourself caught in the riptide of Facebook statuses, take a break from it all and enjoy your 20s offline.

Melodramatic posts are also known as the “Drama Queen” update. This type of post is used to gain attention by exposing some type of real-life drama. Typically these users will include some type of saying that will make their friends feel bad for them. These users want to suck you into their drama to be the center of attention. It is suggested that you do not interact with these types of posts. Of course, you are bound to see melodramatic updates on your feed. Just ignore them.

Facebook statuses are usually not the area of Facebook being improved upon. However, recently that has changed. Facebook is now encouraging text statuses with colored backgrounds and text animation. The new feature allows you to select a color to appear behind your text status. You can select through a color gradient to pick the perfect shade to compliment your status about the new Mover kit.  This is a new little-known feature. Be sure to try it out.

How To Avoid Annoying Statuses

Everyone hates annoying Facebook posts, including the ones listed above and many, many more. Of course, ensure you don’t have slow internet. If you are looking to avoid creating these Facebook statuses yourself, there is really only one big thing you have to ask yourself before hitting post. Does this status serve only me, or does it serve the people that are going to read it? If your answer is the latter, then go ahead and hit post. Surely there is at least one person who will enjoy that post you shared about Wintel. If your Facebook status actually only serves you or gives you pleasure, it will probably be annoying to others. Ask yourself this question before every post to make sure you do not become that annoying person on Facebook.