Last updated by: The Digital Bridges February 23, 2017 in Software 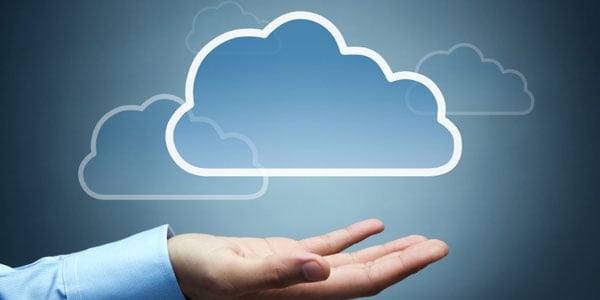 OpenFlow is a communications protocol that separates the control plane and the data plane on a device. This allows the network’s server to tell network switches and devices where to send packets. If you work in the tech field, you should keep an eye on this developing technology. A dbase system is great, but OpenFlow is much more exciting. Below are some of the pros and cons of OpenFlow networking but first, you may want a little bit more information.

What is OpenFlow, or OF, more specifically? OF is one of the first standards for software defined networking, or SDN. OF defines communication protocol for SDN, enabling a SDN controller to interact directly with both physical and virtual switches and routers. This helps the SDN controller to adapt quickly and accurately to business needs. Find out more about how OpenFlow networking can improve operations below.

How Does OpenFlow Work?

You know what OpenFlow is, but how does it work on gadgets like integer computers and other devices? In a traditional router the data path and control path occur on the same device. That is where an OpenFlow switch comes in. The OpenFlow switch serves to separate these functions. The data path, or fast packet forwarding, still occurs on the switch. However, high-level routing decisions, the control path, move to a separate controller. This separate OpenFlow controller is traditionally a standard server. OpenFlow Switch and Controller communications happen via OpenFlow protocol. Now that you know how OpenFlow works, take a look at some of the benefits of this type of networking.

OpenFlow is a software-defined network. It provides network owners with the opportunity to lower their costs through the centralization of the network. OpenFlow requires less people than a traditional network to manage and operate it. Additionally, OpenFlow can increase profits for certain network companies by providing more customers with a better network service. For example, Google is currently testing OpenFlow technology to see if they can make their wide-area and long-distance networks faster and more flexible. If you are a tech worker seeking to help your business lower the overall cost of networking, and you have already looked at MGCP alternatives, consider testing out a software-defined network like OpenFlow.

OpenFlow’s main benefit may also be its weakness, much like Netbeans. OpenFlow operates by centralizing a network so that it can be more closely controlled by one party. However, the centralization of that data may impart some risks. Security is a main concern with software-defined networks. OpenFlow lowers the difficulty level of possible network attacks. This leaves the network more vulnerable to hackers. Basic protections from attacks are left up to the controller. If you use OpenFlow, you must determine what safety measures your network should take and implement them yourself.

OpenFlow is a game-changing software-defined network service because it offers network owners complete control. By centralizing their network, OpenFlow will be able to identify network traffic and adjust outputs to fit users’ needs. Companies and organizations can directly program network hardware, such as switches and routers, to make their network more manageable, effective and adaptable. IT workers can respond to real-time changes in their applications with OpenFlow. They can also define how network traffic should flow based on usage patterns, application needs and service agreements. If you want to customize your network, OpenFlow may be an option for you.

One of OpenFlow’s biggest drawbacks is that it is still a developing technology, much like Mozilla Webmaker. Introduced in 2011, OpenFlow is still in its infancy. This means that the software has not yet been rid of bugs through extensive trials, like older technologies. Because it is new to the market, OpenFlow requires careful attention from its network controller. In order to implement OpenFlow for your network safely and effectively, you will need to develop security firmware. It is also crucial that you consistently check the network for bugs. However, if you are willing to take on the risk of working with a developing technology, OpenFlow’s special requirements may be an opportunity for you.

OpenFlow is a software created to allow network owners to more carefully control their network. Tech users should familiarize themselves with OpenFlow as it continues to gain popularity. OpenFlow may be the perfect solution to your network needs or it may not be worth the hassle for your overclocked CPU. Consider OpenFlow for your network and see if this technological trend is a pro or a con.