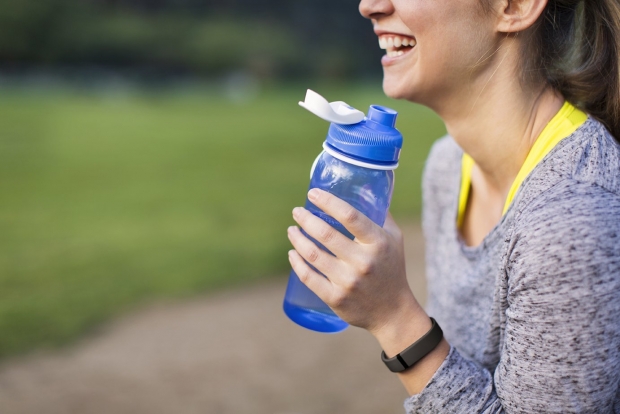 Nowadays, it is hard to live in the moment and ignore people’s obsession with getting fit. It is literally everywhere you turn. From the latest diet craze to the hip new workout everyone swears is effective, it is obvious the fit lifestyle is here to stay. It is not really bad thing. When we are working more hours during the day, then relaxing by binge-watching on Netflix; we would usually rather choose to procrastinate exercise.

Then in comes FitBit, suddenly everyone counted steps and being all competitive with each other. FitBit is a wireless-enabled, top wearable technology that tracks your activity for as long as you are wearing it. Think of it as a wristband that tells you exactly how much movement you actually did during the day. Some people think that it has made them a lot healthier than before, but it really offers so much more than just feeling healthy; it changes your lifestyle.

There is a wide variety of Fitbit models to choose from, as well as another gadget offered by the company. The Fitbit company produces a smart scale, called Aria, in addition to their fitness trackers. This top fitness technology brand comes in many models, including the Fitbit Zip, One, Flex 2, Alta, Charge 2, Blaze and finally the Fitbit Surge. If you are considering buying one of these fitness trackers, you may want to research which model is right for you.

Here we list down the benefits of having a FitBit and how it can affect your life for the better.

If you have just started exercising and working out, 10,000 steps are the best way to get you up and running. Of course, you can do it gradually. Start with a few thousand by walking at Kings Park or whatever park is local to you until you meet the minimum goal. We say minimum because FitBit encourages you to have a consistent activity, measuring how often you are active in a day. So walk around the office every few hours, take a lunch stroll if you can, and work your way to 10,000.

What makes the Fitbit so popular is the surge of endorphins the wearer gets when they reach their step goal, which is not offered by the fitness tracking features on iOS 8. The Fitbit vibrates when you have hit your daily step count goal, alerting you to your accomplishment. While this may not seem like much, it makes the user feel accomplished. Many Fitbit users also say that they tend to walk more in order to hit that goal and feel the sense of accomplishment the vibration brings. If you want to feel good about yourself, a Fitbit may help you do just that.

Monitors Heart Rate Throughout The Day

There are FitBit models available in Harvey Norman that measure your heart rate, and this could be helpful if you want to know what your resting heart rate is. You will also see if your heart rate is in the fat burning zone; maybe you used the stairs going up the office or maybe you have just started brisk walking. It is nice to see that you get to workout to keep your heart healthy.

What is more important than food and water, right? FitBit tracks your water intake and averages how much water you have had per week. You can also record the food you have had and shows you a chart of the calories you have ingested vs what was burned off based on your activity tracker. This is a feature you will be hard-pressed to find in the LG Watch or other wearable technologies.

Looks At Your Sleep Patterns

After food, water, and countless amount of time spent exercising, sleep seems to be the next best thing to do. FitBit looks at your sleep patterns and tells you how of often you were awake, restless, and the time you spent being fidgety; then it calculated your average time sleeping in the week. In the past, it tracked just steps, but this new technology is clearly providing multiple applications for a better life.

Challenge Friends And Get Badges

Another fun feature of the FitBit is being able to challenge anyone with the FitBit. Whoever wins gets a digital trophy and bragging rights to being the best at working out. This social interaction element is excellent for mental health and wellness. You can also get individual badges for reaching different milestones like 20,000 steps, and so on.

Because many Fitbit models track the wearer’s heart rate, it can also provide useful insight to improve your workouts. This is not a benefit shared by any other wearable smart devices that are going viral. Having the ability to see your heart rate allows you to know if you are in fat burning mode, cardio mode or peak mode. That means you can see whether or not you are pushing yourself hard enough during your workout. This will lead you to more effective workouts tailored to your specific fitness goals. This is certainly an advantage not provided by your iPhone step tracker.

The great thing about the FitBit is it does not pressure you into reaching a specific weight goal, it adapts to what you can do. We have all got different bodies and different capabilities. Sometimes being thinner does not make working out easier or being a bit on the bulky side does not mean it is harder to run. But the FitBit can easily be customized to adapt to what our body needs.

More than that, a FitBit is a reasonably affordable workout coach that comes in trendy styles and colors, who would not want that. They will definitely help you to not be so afraid of HDR images of yourself anymore.