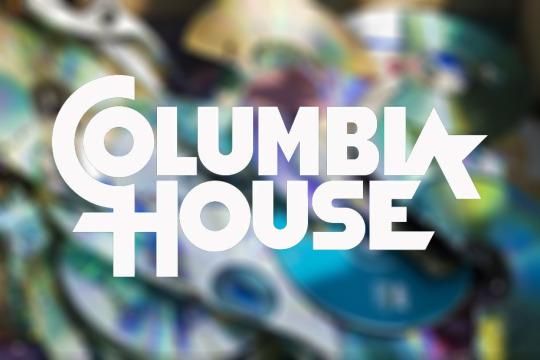 Columbia House was once known for selling music and movies via mail order for the music production company Columbia Records. Unfortunately, they declared bankruptcy in 2015. Just a few months later, they are now poised to relaunch their mail order service with a vinyl music subscription service.

Who Is Columbia House?

Columbia House was started in 1970 as a division of Columbia Records. The parent company marketed music equipment and musical formats, whereas Columbia House focused on selling music media to the public via mail order. Members received rewards for signing up, including free music media (depending on the preferred format at the time) or a special membership price on purchasing several albums at a time. Their popularity soared in the 1980s and 1990s when cassettes and compact discs became the primary source of audio media. When music went mostly digital in the 2000s, Columbia House failed to do technology due diligence and turned to mail order DVD sales before finally declaring bankruptcy in 2015.

The Importance Of Columbia House In Music Sales

By 1994, Columbia House accounted for 15% of music sales in the United States with 16 million members and over $1 billion in sales. One way they accomplished this was by offering members a deep discount on CDs when they signed up (12 CDs for a penny!). They established themselves as a strong competitor in the music industry by working alongside music production artists and retailers to compete fairly. They did this by releasing media six months after traditional retail stores, allowing retail stores to make early sales. Columbia House was even known for releasing music on old formats so enthusiasts could continue to enjoy artists on their preferred, outdated format such as reel-to-reel tape or later, vinyl. As the music industry began to move towards digital streaming and online purchasing in the late 1990s-2000s however, Columbia House’s sales started to decline.

Columbia House faced significant challenges entering the 21st century. Just 7 years after their peak, by 2001 only 8% of music sales could be attributed to membership clubs. The rise of online retailers (e.g. amazon.com) and deep discounts offered by brick-and-mortar competitors (e.g. Wal-Mart) hurt Columbia House’s once dominating sales figures. Customers were not buying as much physical music media thanks to the internet, and if they were it was not from mail order membership clubs. In 2005, Columbia House was acquired by long-time competitor BMG Music Service and began selling DVDs via mail order. Ten years later, they announced bankruptcy.

What Is Next for Columbia House?

In late 2015, Columbia House announced it would restart its service with vinyl music delivery. Vinyl music sales rose 50% in 2015, so it seems Columbia House is looking to capitalize on this  niche market even if it might need to have offshore accounts. Unfortunately, music enthusiasts predict that this tactic is “too little, too late.” For many vinyl lovers, there is huge appeal to browsing a physical store to pick out the perfect record. The larger concern, however, is that one of Columbia House’s biggest competitors from the late 1990s has only gotten bigger in recent years (you guessed it – amazon.com). Despite the recent rise in vinyl sales they only account for 7% of music purchases, making this a serious gamble for Columbia House.

Millennials may be used to accessing music digitally at their fingertips, but older generations remember a time when music stores provided a space to browse and purchase physical music media. Many music enthusiasts enhanced their collection by taking advantage of Columbia House’s mail order membership deals such as the “12 CDs for a penny” offer in the 1990s. At their peak, Columbia House accounted for 15% of music industry sales. 20 years later (after declaring bankruptcy), Columbia House is looking to re-enter the music industry with a vinyl delivery service. Unfortunately, some things should perhaps stay in the 1990s; it is unlikely that Columbia House will be able to recapture its glory days in 2016 with vinyl sales.

In 2015, Columbia House went bankrupt and closed its doors due to the rise of electronic media. Now, the website remains to sell music today, offering movies and music for sale. The company has be revived in some sense. However, it remains to be seen if they will return to their glory days of high market share to youngsters and teenagers.

Columbia House was an explosive company from beginning to end, and the story in the middle is definitely just as interesting. If you want to learn all about what the company was life from the inside, you may want to watch a documentary called “The Target Shoots First by Chris Wilcha. Wilcha is a former product manager from Columbia House, and recorded his first-person documentary during his years working for the music retail company. If you are interested to learn more about Columbia House from the inside via rudimentary video blogs, consider watching Wilcha’s documentary.