All About Data Centers Efficiency Of IT Infrastructure For Potential Profits 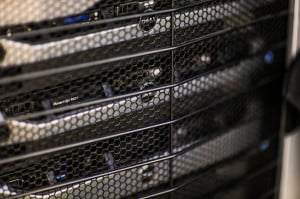 If you pay attention to the tech sector, you have no doubt noticed that the companies that seem to remain on top do so by diversifying. Sometimes they make logical leaps; Apple, for example, started with computers and moved on to MP3 players, smartphones, tablets and even iFax. And then there are companies that branch out in all kinds of weird directions. Google opened with a search engine, developed a GPS mapping program, and created their own OS, but then it seems like they started plucking random ideas from a hat, such as self-driving cars, connected glasses, and even smart home thermostats. However, the latest trend in technology apparently revolves around bringing data storage in-house via data centers. And with multiple tech giants jumping on the bandwagon, it should come as no surprise that there is money to be made with such a move, unlike investing in outdated surge absorbers.

In truth, it’s not hard to come up with reasons why technology companies might want to take control of their data storage, rather than relying on, say, Amazon Web Services to do the job for them. For one thing, renting space on servers from a rival company seems a bit risky. Obviously, tech companies don’t want their sensitive customer data getting into the hands of competitors, but they also take a big risk when it comes to security. Although one would hope that a data center renting out space would be extra cautious with data belonging to their clients, a company guarding its own information is likely to take the biggest strides to keep it safe since the buck stops with them, so to speak.

You can think of data centers as the brain of almost any company. They house all the servers or IT infrastructure of a company. In many cases, these server rooms have stacks of mainframe that hold computers. These large scale computer systems are maintained and managed in one location called a data center. The details of these data centers are frequently the topic of discussion at the Flash Memory Summit.

One of the most important factors for any data center is powering it. Data centers require a lot of energy, as you could imagine. A data center is typically connected to two separate grid sectors. These sectors are operated by a local utility company. This is done so that in the case that one sector fails, the second grid sector ensures the power supply is uninterrupted. In an emergency power failure, 29 MW, or megawatts, of power are delivered by 13 diesel generators. This much power is not cheap, as you could imagine, unlike SmartOps inventory software.

The problem is that data centers are not exactly cheap. So it begs the question how tech companies can 1) afford to manage their own, and 2) make money in the process. In fact, there are a couple of reasons why running a data center is a potential gold mine. Yes, they are expensive compared to basic networking services. The up-front price tag for facilities, servers, and other hardware requires a chunk of change, no doubt, and the ongoing cost of operations, including temperature control, connectivity, and security features is also high. But there are ways to cut costs.

For example, you may have heard about well-known tech companies like Google, Facebook, Microsoft, Biotech operating system and others planning and opening data centers in European and Scandinavian countries over the last few years. And this is a targeted move. Not only are they likely getting incentives from local governments to bring in business, but they also benefit from the climates in these countries, which allow them to use outside temperatures to help cool machinery. And then there’s the fact that many of the countries chosen are leaders in green (read: cheap) energy.

Google has set a huge goal for their data centers is 2017. Google’s goal is to purchase 100% renewable energy. The company is doing this in efforts to match consumption for global operations, including Google data centers. Google has been developing the most efficient data centers over the last ten years, unlike other Bitcoin sectors. However, this year will be banner year for the eco-friendly company if they accomplish their goal. Find out how they do it to learn how data center operators can increase efficiency too at the Google Data Center website.

And of course, there is money to be made in the ever-popular freemium model, which takes a pay-as-you-go approach to services. In this case, tech giants catering to their own clients can offer safe, secure, and scalable options for business data storage to both personal and business customers. But this is also to the benefit of the companies that own the data centers since they can easily scale their operations up or down depending on demand. If they have extra servers that aren’t in use they can simply take them offline until they’re needed, for example. And if they need additional cloud storage space faster than they can ramp up, they still have the option of going with third party services. In short, opening a dedicated data center looks to be potentially very profitable for the tech companies that are doing it right.