Last updated by: The Digital Bridges December 15, 2020 in Digital 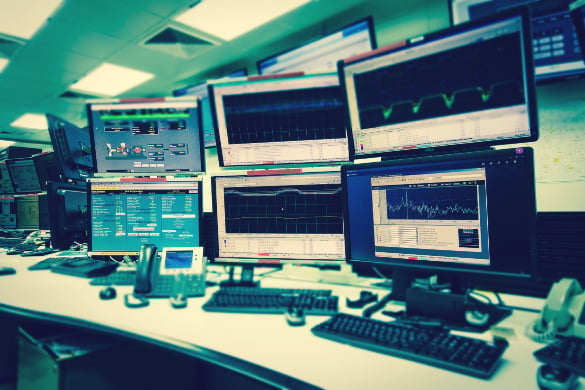 DDoS Mitigation tools are becoming increasingly necessary due to the proliferation of distributed denial of service (DDoS) attacks. These attacks can cripple entire network infrastructures, driving businesses and servers to a halt. They involve flooding networks and internet services with massive amounts of traffic. This overloads servers and causes them to crash, rendering the websites they service inoperable. Therefore, implementing a checklist for effective DDoS mitigation tools represents an imperative step in preserving your online presence. As a corporate software user, you should be looking to protect yourself and your company from all forms of cyberattacks. Read on to discover how DDoS mitigation tools prevent attacks.

Developing and implementing a DDoS response plan shows one way DDoS mitigation tools can prevent attacks. Conduct a thorough security assessment and feed that data to your tool to create a DDoS response plan. Developing such a plan displays the first step towards a comprehensive cyberdefense strategy. The first step taken when a cyberattack occurs often defines the outcome. DDoS prevention plans can be quite complex, depending on your network’s infrastructure. The key is making sure data centers are prepared and that employees know their roles and responsibilities. There are several key elements of such a response plan. They include a systems checklist, formation of a response team, the definition of notification and escalation procedures, and inclusion of a list of contacts. Surely, developing a DDoS response plan displays one way mitigation tools can prevent attacks.

Protection of key assets presents a way DDoS mitigation tools can prevent attacks. Cyber attacks are real concerns for your network infrastructure. Most network infrastructures are comprised of many servers and IT assets. These can include web servers, DNS servers, email servers, FTP servers and CRM or ERP platforms. Any of these can be targeted in a DDoS attack scenario, causing downtime and paralyzing your business. Therefore, assessing your entire network infrastructure for risk to determine which aspects need the most protection becomes imperative. Keep in mind that DNS servers are one of the most common DDoS targets as well as your single point of failure. Implementing DNS server name protections as part of your mitigation tool arsenal may be a prudent decision. Of course, defense of specific assets represents one way DDoS mitigation tools prevent attacks.

Employing the use of anti-DDoS modules shows another way DDoS mitigation tools can protect against attacks. Your servers should already have network and web application firewalls, as well as load balancers. Many vendors have built in defenses against common DDoS attack protocols. For example, tools can defend against SYN flood attacks by monitoring the number of incomplete connections and flushing them when that number reaches a configurable value. Alternatively, some server software employs modules that protect against Slowloris attacks. This DDoS protocol involves opening connections to a server and keeping them open as long as possible. This is done by sending partial requests until the server can’t accept any new connections. Employing some of these specific modules in your DDoS mitigation tool will enable protection against more specialized attacks. Certainly, anti-DDoS modules represent another method used by mitigation tools to prevent attacks.

DDoS attacks have the potential to cripple any business or network infrastructure. Fortunately, DDoS mitigation tools can be used to nullify the halting effects by developing a response plan. Additionally, they can be used to identify specific assets and their protection needs. Tools can also be used to implement supplemental defenses such as firewalls. Making considerations for the scaling of network traffic will be a great help in mitigating DDoS attacks. Finally, employing software modules specific to preventing certain DDoS attack protocols will keep your mitigation tools robust. When wondering how DDoS mitigation tools prevent attacks, consider the points above.