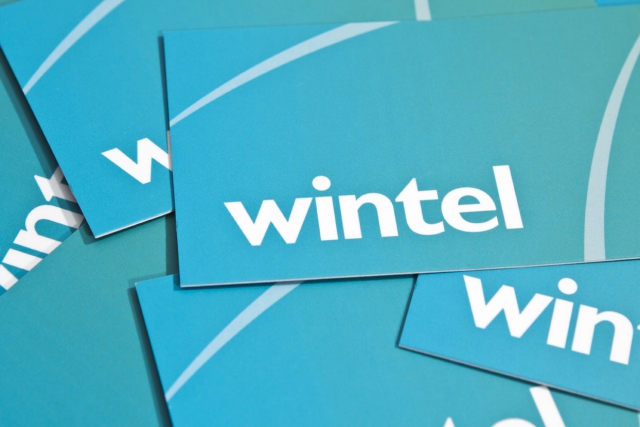 Wintel is unfortunately not the name of a new game from Raven software. No, Wintel is actually the name given to the hybrid computers of Microsoft Windows and Intel. After partnering up back in the 1980s, Intel and Windows began to dominate the computer and technology market. Their monopoly on the PC market stretched on until about 2008, earning both companies a pretty penny. With the rise of Apple products came the end of Wintel around 2009 when they were no longer able to keep up with the more trendy technology. But what is Wintel doing now? Will Wintel ever make a comeback? If you ever asked yourself these questions, you have come to the right place. Below we are going to explain the downfall of Wintel and their attempts to return to power in the new age of the internet of things.

What Has Intel Been Doing?

Since the decline of Wintel in 2009, Intel has been making some moves of its own in the technology market. In 2010, Intel purchased McAfee, a revered security software company. This was the first of many acquisitions for Intel in the wake of Wintel. In 2010, Intel also acquired Infineon Technologies’ Wireless Solutions business. In 2011, they acquired assets from two more software companies and Fulcrum Microsystems, a company that specialized in network switches. By 2015, Intel was making purchases as large as $24.8 million to invest in smart glasses. Later that year they purchased Altera, an FPGA design company, for $16.7 billion, their largest acquisition to date. Since the fall of Wintel, the geek squad at Intel has been doing some major spending in various areas of the market.

What Has Microsoft Been Doing?

In 2011, Microsoft announced that they would be revamping their mobile operating system. After Wintel fell, Microsoft struggled to earn recognition in new areas of the market, like semiconductor companies. First, they developed the Windows Phone OS. Next, they began to work closely with smartphone manufacturers such as Nokia to compete with Apple and Android in handheld devices. Upon the release of the Windows phone, Microsoft underwent a re-branding. The end of the Wintel monopoly forced Microsoft to face many new competitors in the technology market. In 2012, Microsoft released Outlook.com, a webmail service meant to compete with Google’s Gmail. In addition to swinging at the competition, Microsoft was also developing new technologies post-Wintel. In 2012, they came out with the Surface, the first PC to have its hardware made by Microsoft. Today, Microsoft continues to develop innovative ideas in an attempt to grasp hold of the technology market once again.

Microsoft recently announced a partnership that effects the technology powering its incredibly massive data center infrastructure and its overall IT strategy. Microsoft has formed a partnership with Qualcomm and Cavium. Qualcomm and Cavium, if you do not know, are two of the top chipmakers in the industry. The partnership promises to integrate ARM-based processors into Microsoft servers. This will be accomplished with Project Olympus, the open-source data center hardware design. Clearly, Wintel is a thing of the past.

Is Wintel Going To Make A Comeback?

This question is best rephrased to “is Wintel trying to make a comeback?” To that, the answer is a firm “maybe.” It seems that the Wintel everyone once knew may never reclaim its throne from the days of integer computers. However, Microsoft and Intel are still in cahoots. Intel is said to be attempting a comeback of their own with their dual-core Atom X3 chips. These chips are rumored to specifically support Windows 10 phones as well as Androids. Still, Windows phones continue to struggle in the market, and Intel may not be able to save them this time. It is uncertain if they will ever truly rekindle the Wintel relationship.

A New Wintel In Town

Just as Wintel experienced great success in the early aughts, there is a new partnership that is making a name for themselves. No, not Smartops services. Armdroid. What is armdroid? ARM processors on Android devices are the new Intel processors on Windows systems. Android has become dominant in the handheld device industry, and this mobile device partnership has helped to drive it to new heights. Wintel may be past their prime, but that only paves the way for Armdroid to be the next catchy partnership name to make tech history.

Wintel Corp is also the name of a Latin American computer and electronics wholesale distributor. This company offers cool tech products from top performing tech companies like HP, Sony, SanDisk, Acer, Samsung and many, many more. With a quick visit to their website, you can see a detailed list of all their product offerings. In addition, you can contact the company via web submission form in order to find out how to purchase products from them. If you are looking for an electronics wholesaler, consider Wintel Corp.

Since 2009, technology has grown and trends in the market have changed immensely. It seems that the Wintel microchips partnership is gone for good. Microsoft and Intel are striving to improve their own companies individually. However, there have certainly been some failures along the way. Maybe one day Wintel will return, but for now Wintel remains a distant memory. If you have any thoughts on the Wintel partnership, leave them in the comments below!