Could A New Amazon Fire Phone Be In The Works? 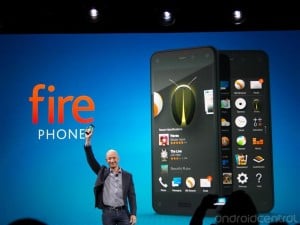 Amazon released the first 3-D phone in the United States just as the first generation Fitbit was hitting the market. Oh yes, all phones are 3-D. But, the 3-D phone actually has a screen that displays 3-D images. However, Amazon was not the first company to introduce a 3-D phone. Hint: it wasn’t Apple, Microsoft or Google.

While, we are impressed by many features of the Amazon fire phone and the LG watch, this post is to share a little bit about the history of phones with 3-D. If you were to do a quick search on Google for phones with 3-D capabilities, you probably find a short list.

Although there are not many 3-D funds available, you’ll find that the first 3-D phone was introduced in Japan back in 2002. Yes, before there were phones that had Wi-Fi instead of voice and data cabling, there were phones with 3-D screens. The first phone was actually a flip phone that had a color screen that can display 3-D images. The phone is called the Sharp mova SH251iS and featured on the major News networks in the US and abroad. Additionally, phones in India also featured 3-D displays. Just a few years ago, you could find articles on the top 3-D phones. Lastly, here in the United States, Nintendo DS video game systems already had 3-D technology for all the gaming youth.

Similar to our previous post on two-way radios, technology has a funny way of circling back with new innovations. Furthermore, Amazon had a great marketing campaign to differ it’s phone against the competition. Since we now know that the iPhone six does not not have a 3-D screen, the fire phone is truly unique for now.

All Good Things Come To An End

Unfortunately for those passionate about the Amazon fire phone, the gadget is no longer in production. Production on the 3D phone stopped in 2015. Amazon decided to switch gears and focus on improving current hardware and mobile software and conceptualizing other tech solutions. But if you were hoping to get your hands on the device, you may still be able to. There are still  many of these Amazon phones available on sale through Ebay. However, that may be an indication that the device did not meet the original users standards. Even though the Amazon Fire phone is a thing of the past, keep your eyes on the news because that surely means Amazon has something new and better up their sleeves.

Many techies wonder why the Amazon Fire phone failed, but business professionals are not that surprised. One of the biggest contributors to the Amazon phone failure was the price of the device. The starting price proved to turn off many potential customers. Amazon is typically used by price-conscious shoppers. That is why the company creating a top of the line, high end smartphone was a poor decision. The off-contract price of the phone was almost $700, and the contract price was not much better at $200. Unlike the iPhone 7s, which customers know will be worth the money, the Amazon Fire phone was a brand new device that did not have a long ling of success to make such a high price acceptable to consumers. Unfortunately, the high price point of the Amazon Fire phone made it unattainable for many consumers and acted as a huge reason for the device’s failure.

Some rumblings are starting in the tech sector about a next generation Amazon Fire phone. There are no plans in the works at Amazon for such a device. However, there is definitely an interest in the field. Recent Amazon Alexa developments have rocketed the company to earn the rank of one of the best conversational intelligence devices available on the market. With this new Alexa voice-enabled technology, a new Amazon phone could outperform even the iPhone in popularity, especially since the most recent iOS update was a nightmare. What do you think? Would you ever buy another Amazon Fire smartphone? We certainly would consider it.