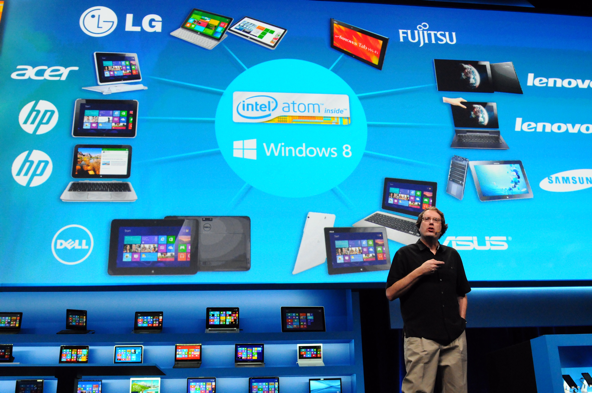 Wintel is a nickname given to any computer running a Windows operating system on an Intel microprocessor. The early aughts were the golden years for companies like Teraflop and Wintel, but what is going on with the two companies now? As a tech enthusiast, you may be interested to hear the history of the partnership. This post will cover the basics of the rise and fall of Wintel and its market domination.

As simply stated above, Wintel is a combination of Windows and Intel. It is a nickname given to personal computers using Windows OS with a microprocessor developed by Intel. Today, you may not hear the nickname used so frequently since the rise of the Internet of Things. As the handheld device market has grown, Wintel has lost their title as king of the IT market. Of course, Apple’s ever-growing popularity did not help the partnership either. Regardless of Wintel’s prevalence today, it is still a term you may wish to be familiar with.

When Was Wintel At Its Height?

The Wintel partnership dominated the IT field for years, just like SmartOps Inventory has. From 2001 to roughly 2008, the two companies reigned supreme. The combination of Intel’s incredibly powerful microprocessors alongside Windows user-friendly operating system was a force to be reckoned with. Users consistently chose Wintel over the competition during the early aughts. However, once handheld devices began to replace PC’s for widespread use, the duo was not able to transition. Some of you may remember the disastrous attempts Windows made to break into the mobile market. The company again tried to reemerge in the market recently. However, their attempts were unsuccessful. The golden age of Wintel had come to an end by 2009.

What Is Wintel Doing Now?

Wintel is no longer a term commonly used in the IT world. With the demise of their reign came turmoil for the partnership, as well. Windows recently announced that over 1,800 of their employees would be terminated. They also announced partial sale of their mobile stake to a Taiwanese company called Foxconn. Likewise, Intel announced the dismissal of 11% of their employees. These moves were made in order to allow the two companies to keep business afloat. Unfortunately, for Wintel, the golden years are behind them.

Very recently, Microsoft announced its plans to use ARM chips in Windows Azure servers. Windows Azure is the collection of cloud computing services offered by Microsoft. The company has not yet actually placed these ARM chips in existing Azure data centers. However, they promise to do so in the very near future. This is occurring just as news of the Intel Digital Dreams project starts to circulate. The real end of Wintel seems to have arrived.

What Does The Future Hold For Wintel?

As stated above, both Windows and Intel are doing all they can just to stay afloat in the modern technology market. With the rise of Apple products’ popularity came the fall of Wintel. However, with the employee cuts being made and stakes being sold, maybe the future is not so bleak. Windows’ Surface tablet has received rave reviews since it first appeared on the market. Many consider the mobile computing device to be considerably better than Apple’s iPad. Intel however, will have to make big changes to turn things around. Today, Intel has way too much competition. And unfortunately, the competition creates better products at a fraction of the cost. This could change, of course. As society’s wants and needs change, so too does the technology market.

Is There Another Wintel?

If you wanted to know all about the rise and fall of Wintel in the digital business sphere, let this post serve as a guide. The Wintel partnership was a force to be reckoned with in the early aughts. Unfortunately however, as society’s demands changed, so too did the technology market. With all the technological advancements and competition they faced, Wintel just could not hold their grasp as leaders in the industry. However, with Windows’ newest Surface products, there is still hope for one half of the partnership to thrive. What do you think the future has in store for the dynamic Wintel duo? Comment below to let us know.