Guide To IoT SIM Card and How It Works

Last updated by: The Digital Bridges August 26, 2021 in Technology 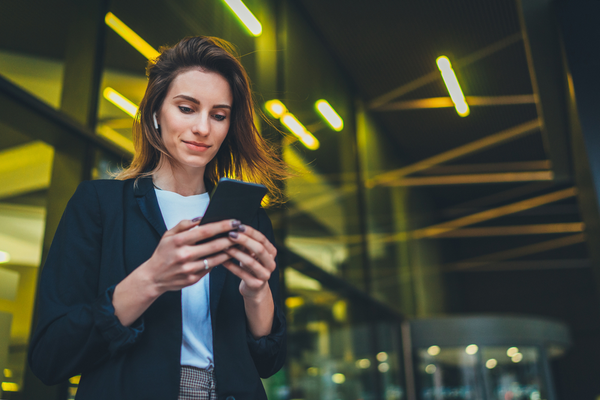 Why are there special SIM cards for IoT applications? Can’t we just use the standard SIM cards we use on our mobile devices and tablets? In this article, you’ll find out the answers to those questions, as well as popular implementations for IoT SIM cards. The Internet of Things, or IoT, is simply the state of how things, physical objects are connected to a network that facilitates the interconnection between these things, allowing these things to communicate, share/receive data, and to some extent, control each other.

These things can be a smartphone, tablet, wearable device, factory machines, or even vehicles. Basically, anything that can connect to the internet can be considered as part of IoT. Thus, as we can see, the key to an IoT implementation is how these things can connect to each other, and this is where various IoT connectivity solutions like Wi-Fi, Bluetooth, LPWAN, and cellular come in. A SIM card is a very important aspect of cellular IoT connectivity, which is among the most popular IoT connectivity solutions available. However, the standard SIM cards we use on our phones are not sufficient for IoT applications, as we’ll learn below.

Why We Need IoT SIM Cards

Regular SIM cards that most of us are familiar with are designed for facilitating cellular communications between mobile phones. However, IoT devices and applications have very different requirements compared to our smartphones. These create several issues when we use the traditional SIM cards in IoT deployments, including but not limited to:

When we want to switch to a network operator, typically we’ll need to swap out the SIM card and replace it with a new one from the new provider. This might not be an issue if it’s just one smartphone or tablet, but in an IoT project, there can be hundreds if not thousands of interconnected devices in the network. Replacing the SIM cards on these devices will not only be time-consuming but can be very expensive and risky.

Still related to the above, with so many different devices connected in a single IoT network, managing all of them can be very challenging. However, traditional SIM cards don’t offer any function for bulk management, making them not suitable for IoT applications. This issue can also affect cost-efficiency since, in an IoT network, all of these devices are connected to a single data plan. When, for example, one device is underusing data while others are overusing data, traditional SIM cards can’t accommodate aggregation to ensure cost-efficiency.

Regular SIM cards are designed for regular usage of smartphones, so they aren’t very durable. On average, we might need to replace the SIM card with a new one every couple of years, and that is for regular day-to-day use. IoT devices and sensors, however, might be deployed in areas with extreme conditions like high/low temperatures, extreme vibrations, and so on. Traditional SIM cards simply won’t last in these conditions.

Due to the issues above, IoT SIM cards that are specifically designed for IoT applications are developed. Also called M2M (Machine to Machine) SIM cards, although the core function of these SIM cards is very similar to regular SIM cards, they are designed to accommodate data transmission from one machine to another (hence the name M2M) rather than connecting people’s phones.

As a result, there are some design differences that you’ll only find in an IoT SIM card, namely:

In addition, digital technological advancements in IoT SIM cards are typically not locked to a single network provider, and so they can access any network with a strong enough signal. This is crucial for IoT applications where the reliability of a network is a must, so when the primary network is down, the IoT device can resume its operation by switching to the next available signal. On the other hand, some IoT SIM cards, especially those with the eSIM form factor, also offers a feature called Remote SIM Provisioning (RSP), which allows users to switch to another network remotely (i.e. via a website or app) without touching the device and replacing the SIM card with a new one.

This provides businesses the versatility in scaling their IoT applications. IoT SIM card providers, businesses can even expand their IoT deployments into an international or even global scale.

As discussed, Internet of Things SIM cards are designed to be much more durable. Depending on the form factor, M2M SIM cards can last up to a decade in a harsh environment. The eSIM (embedded SIM) form factor allows the SIM to be integrated into the device’s body, and so is protected with the device’s shell, allowing maximum durability. Combined with remote SIM provisioning, we can, for example, accommodate an IoT sensor that is located in the middle of the ocean.

Another key feature of an IoT SIM card is that it allows users to monitor and manage the different SIM cards in a network remotely and in bulk. The corresponding IoT data plan provider can offer a software solution or API for this bulk device management function, and some network providers like Truphone will also offer more customizations like the ability to set data thresholds across different IoT SIM cards or other network preferences.

An IoT device typically will use lower data compared to our standard smartphone usage, and on the other hand, data usage will vary between different devices and sensors connected in the network. The M2M SIM allows users to share data plans across multiple IoT devices (data and traffic aggregation) while allowing variable data usages among different devices and their corresponding IoT SIM cards. This, as a result, will help maintain the cost-efficiency of the IoT project.

IoT SIM cards facilitate the effectiveness of cellular connectivity for any IoT application. They are more durable with more robust features than the standard SIM cards, providing more reliability, longevity, and cost-effectiveness to the IoT project.