Last updated by: The Digital Bridges January 3, 2018 in Technology 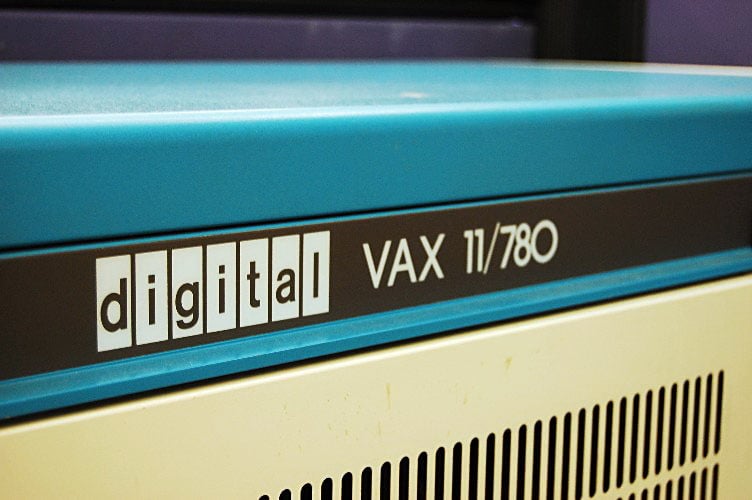 VAX stands for Virtual Address eXtension. A VAX computer comes from a line of mid-range server computers from the Digital Equipment Corporation, but you definitely cannot connect one to your wireless printer today. Although the VAX computer line was discontinued in 2000, these devices certainly made their mark on history. Many old VAX systems are still in use despite their dated technology. If you are interested in learning more about different VAX computer lines and their impact on technology today, keep reading below.

VAX stands for Virtual Address eXtension. VAX is a line of mid-range server computers established by the Digital Equipment Corporation, or DEC. The VAX introduced a new operating system called VMS. The computer included a 32 bit processor and virtual memory, which was unheard of at the time. Keep reading to take a closer look at some of the most influential VAX computer models that would blow your DIY inductor out of the water, even today.

The VAX-11/780 model is the first of its kind to premier on the market, before digital art was ever even an idea in someone’s mind. This VAX computer was introduced in October of 1977. DEC worked hard to implement the VAX architecture alongside 8MB of memory storage and a central processing unit built from TTL devices. Although it does not seem like much now, this technology was significant back in the 70’s. Today, an upgraded version of this VAX computer sits in the Living Computer Museum of Seattle. The Computer History Museum of California also provided a space for three of these original VAX computer systems in its permanent collection. If you are interested in learning more about this line of VAX computer systems, you may want to make a trip to the West Coast.

The VAX 8600 is a member of the VAX 8000 line of family minicomputers, though you definitely still could not use it to play Quake live. Introduced in 1984, this VAX computer was the best-selling high-end VAX of its time. When it comes to technology in the 80s, VAX was top dog with the VAX 8600. This VAX computer consisted of four major logic sections, each with a specific purpose. These sections were designed to make the execution and implementation of instructions easier. The 8600 was soon replaced by the 8650 in 1985. This new VAX computer was faster and no longer 100% compatible with the original VAX-11 line. It is fascinating to see how quickly technology evolved between these two VAX computers.

This VAX 6000 series was a line of minicomputers designed to meet mid-range prices, much like most gadgets in the internet of things today. DEC was leading the computer market alongside IBM at this time. Competition encouraged greater improvements to both hardware quality and price. The VAX 6000 Model 6X0 computer contained 0.25 million transistors on less than a square inch of space. The VAX computer, although more advanced than its predecessors, could not store more than 1GB of data. Today, that is barely enough for your most essential social media apps! If you were ever curious about how technology has changed, just consider what it would be like to have only 1GB of memory on your laptop.

The VAX 4000 was a line of low-end computers. Model 108 was one of the last VAX computers to be released. This VAX computer came out in October of 1996 and was discontinued 4 years later in 2000. In that time, this VAX provided individuals with a lower cost computer with all of the same VAX qualities they knew and loved. In order to cut down on costs however, VAX did have to make some concessions. They used an industry standard SIMM rather than a proprietary SIMM. These SIMMs only offered up to 256MB of memory, which is a significant drop from the 1GB seen in the VAX 6000 computer. Today however, you can get an excellent quality computer at a lower cost without sacrificing storage space or data security.

VAX Computers Still In Use

Yes, you read that right. There are still some of these antiquated VAX computers in use today. Because these old computers were used for critical operations at times, they have still been maintained and in-service. One such example of this is the United States Navy Hawk missile systems, F-15 and F-18 fighters, submarine fleet and aircraft carriers’ fighter test systems. Safe to say, there was no such thing as removable media back in the day, that is why the Navy still uses old VAX minicomputers from the eighties because they are critical to operations. These examples clearly prove the longevity of the VAX computer.

VAX computer parts are still for sale too! You just have to know where to look. Auction websites are the best place to look to find vintage VAX computer parts. Some offerings are still functional. Others are sold as-is and untested. But if you happen to need old computer parts for your VAX machines, or just want to create an antique all in one PC, it is good to know that there are still places to go.

Each VAX computer line has had a significant impact on the growth of technology, just like your cracked phone. Since the 1970s, DEC has developed VAX computers with innovation and consideration of what people needed at the time. From high end to low end, there was always a VAX computer available for you. If you have any other first hand accounts of how a VAX computer has impacted technology, let us know in the comments!