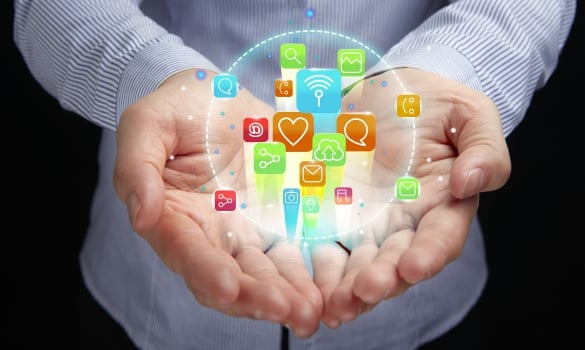 We read about digital technology almost every day. We all know about the latest viral trends and YouTube sensations. We also sometimes run into the occasional company or politician who has ruined their entire reputation.

In Germany, they have a term called “sh*tstorm”. This is used for when there is an abundance of negative comments or sharing going on about an individual or company. The opposite of that “sh*tstorm” is a relatively new term called candystorm. This word is another way of describing a large rise of support or encouragement towards a cause, company, digital project or individual. This could just be another way of saying something went viral. But, there’s more…

Generally, the most viral pieces online are funny, provocative or harmful to one’s identity. However, a candystorm is strictly positive. In one instance, a politician by the name of Claudia Roth was stepping down from her position. Her fellow colleagues and friends decided she needed encouragement to stay on board. They got on Twitter,  Facebook and other electronic media. They asked everyone to support her to keep going. Claudia Roth received so many words of encouragement and support she decided to reclaim her position.

This new term, candystorm, is probably one of the most beneficial products of digital technology. If we could all start our own candystorms without selling twitter accounts, the Internet would be used for many more good causes. Although no one has called it an actual candystorm, the ice bucket challenge is a great example. Millions of people across the globe rose up and supported a cause for the betterment of society.

In simple terms, candystorms are the equivalent to going viral. If you are a brand or business, a candystorm can only help your cause. Furthermore, it is not very well known in the United States just yet, unlike cyber terrorism. So, if you want to be ahead of the curve, get your candystorm on!

Now that social media and internet marketing is so big, this term is seen more. It is still not as popular in the United States, but it can describe an individual or a group on social media that is supporting an unworthy cause. In this sense, the term means that they are spreading unnecessary news and that it is internet pollution. This term can be used against anyone with an opinion that it opposite of yours.

It is simple to learn the candystorm definition. However, it is harder to predict the impact a candystorm has on politics, the digital divide and citizen participation. Thankfully, we no longer have to rely on guesswork. Several studies have been conducted regarding candystorm vs sh*tstorm effects in politics and political activism. Who could have predicted that one statement by a German politician could have such an impact on technology and politics?

I’m sure you could probably think of other candystorms right off the top of your head. So, please share them in the comments below. And, let us know if you have any ideas about how to start your own candystorm!