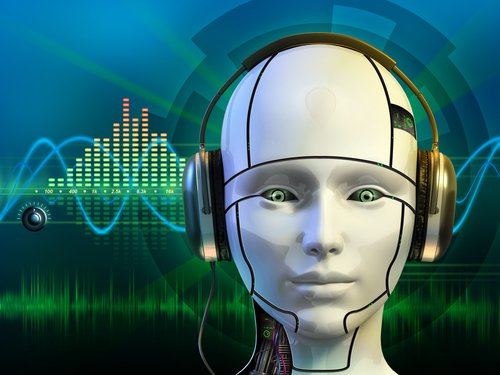 Chatterbots are computer programs that converse via text or audio, mimicking a human conversational partner. Unlike talking with humans and wondering DidTheyReadIt, these chat bots are waiting to respond instantly. They are used for practical reasons such as customer service or information gathering services, but they are also used to trick humans into believing they are conversing with another live human. Here are some ways chatterbots are able to deceive their human conversation partner.

One way in which chatterbots have successfully convinced judges of their “humanity” is by pretending to be foreign, which is one of the most commonly used sales tools in e-commerce. Customer service for websites is frequently outsourced to foreign markets, thereby making a foreign customer service agent less of a surprise to modern consumers. Chatterbots may mention a specific location, or use an uncommon name to give the sense they are a foreign user. This tricks the human on the other end of the conversation into believing any grammatical mistakes or slightly off topic responses as being due to a foreign language barrier.

Humans can be tricked into believing chatterbots are human because they are surprisingly creative. Chatterbots are programmed to emulate human speech patterns, including common internet speak and abbreviations (“lol” and smiley faces are most common, especially on gamesites). This comes from chatterbots using creative writers to develop speech patterns for the program, instead of just technology programmers. Engaging responses that are fun and witty are much more likely to be assumed to be human conversation, especially if chatterbots lead the conversation by asking interesting questions.

The promise of friendship, or at least the lure of friends, can fool an internet user into conversing with chatterbots. It usually starts with an attractive picture, designed to entice users into sending a message. They send flirty responses in return, and keep the conversation going enough to eventually send a link to a paid site. Dating sites such as Ashley Madison have used as many as 70,000 female chatterbots, hoping to pad their list of available women looking to chat. Most of these profiles are easy to spot due to the single photo of a flawless person, along with a sparse account sharing little details. However, the attractive photo and the lure of a relationship is enough to spark some users’ to initiate conversation with chatterbots.

Learn From Their Mistakes

When a user suspects the person he is conversing with may be a chatterbot, an easy way to oust the bot may be to throw in a pop culture reference to see how it responds. This could be a well known song lyric, or a quote from a movie. Either way, chatterbots may not get the social cue, giving you some filler text and the ruse may be up. However, the conversation will be stored so the next time such a social cue comes up, it may know the appropriate response and continue to fool its conversational partner. Chatterbots must learn from their mistakes, otherwise they are destined to repeat them (like humans).

As more AI developments are on the rise, chatterbots are using the data collected to advance the release highly perfected artificial intelligence. The Artificial Intelligence Foundation promotes that use of these technologies through the ALICE and AMIL software available for free. They encourage students and developers to use their chat bots to continue the development of artificial intelligence. Later, this could be combined with eye tracking technology to read people’s reactions too.

Chatterbots is a subject tracer information blog from the Virtual Private Library. The page acts as a helpful chatterbot resource for those interested in keeping up to date on the latest AI developments. You can learn all about the latest resources and sources from the internet for any and all chatterbots. Find out about AI Dreams, A.L.I.C.E. AI Foundation, the Artemis Chatbot, AI Markup Language and more using Chatterbot. This will help you keep up with the rapidly changing world of AI.

Chatterbots have practical uses such as information gathering and customer service for internet banking, but can also be used in social situations such as dating websites. Most consumers prefer speaking with a live human instead of a machine, so programmers attempt to make chatterbots appear as human as possible. It is predicted that the use of chatterbots will continue to grow, so it may be worth using this list to determine if you are speaking with a human or not. Depending on the situation, chatterbots have several ways to trick humans if you are not careful.