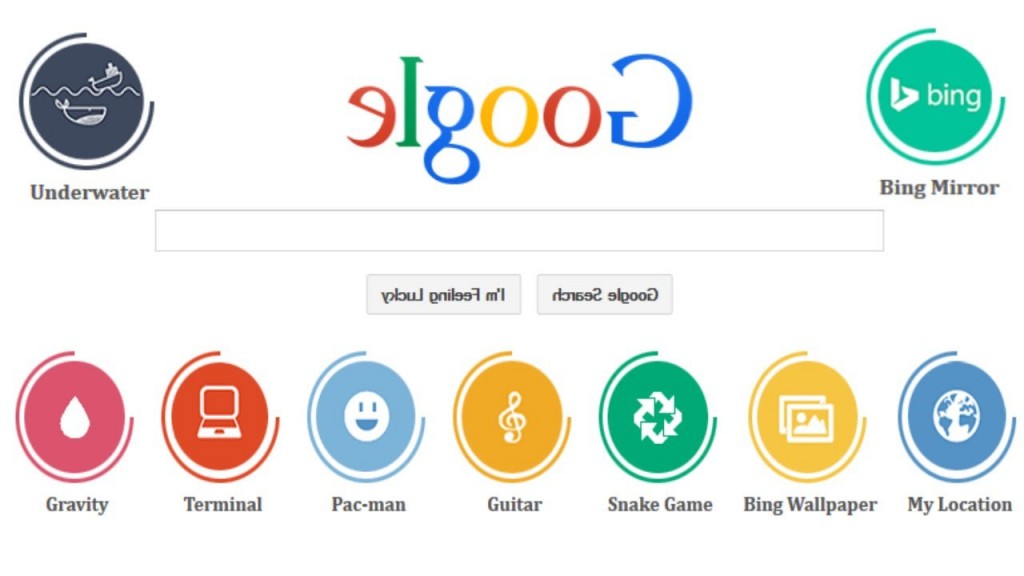 Google mirror, or elgooG, is a mirrored website of Google. The webpage and search results are horizontally flipped, while elgooG also offers users some fun games like Google Guitar and Pac-Man. Although at first glance, elgooG looks like a fun, harmless site that might cause a digital candystorm, elgooG’s impact is truly great. Many websites are blocked in China, but elgooG was able to get around the country’s extreme firewall. This made the search engine popular for the Chinese population. In this post, everyone can discover the history of elgooG and its impact on the people of China.

In September of 2015, around 3,000 websites became blocked in China under the country’s policy of Internet censorship. Google, Facebook, YouTube, Instagram and Wikileaks are some popular sites that were banned in the country. Although some websites have been fully or partially unblocked, a majority of the 3,000 are still unavailable to the Chinese people. This ban was an attempt by the Chinese government to control information and the flow of free online traffic. The government did an upright job of controlling information until elgooG stepped in, which is why the site’s impact is so great.

ElgooG launched in 2015 by Internet user All Too Flat. All Too Flat didn’t start elgooG with the people of China in mind, but rather just for fun. According to the website, AllTooFlat.com, elgooG was a “pretty funny idea and interesting programming challenge.” The search engine contains fun features, like games and a browser geolocation tool. All Too Flat had no idea that his fun site was truly useful until he began receiving emails from people in China, thanking him for creating the site. All Too Flat did not create elgooG with a sincere goal in mind, but his search engine became more popular than he ever realized, and also became one of the most useful travel gadgets for globe trotters who were dissuaded from visiting China due to the internet restrictions.

Think about how many times a day you search something on your computer or smartphone. We do this extremely often, whether you’re arguing with your friend over a random fact and want to find an answer to end the debate. Or, you just forgot how to spell a word and need to quickly look it up like noscript. Due to China’s Internet ban, searching for things like these on the Internet became a lot more difficult. Many search engines were blocked in China, creating a difficulty in gathering information. People in China lost their basic access to information, but elgooG was the solution to their problem. This is one of the many reasons elgooG’s importance is so great.

All Too Flat stated that elgooG probably passed China’s great firewall because it looks like a, “fun page with no practical use.” However, the search engine proved to be just the opposite. ElgooG became a Chinese symbol of independence from the government. CNN.com wrote that, “the Chinese government is deeply uncomfortable with the Internet as a forum for any form of political debate or views which challenge those of the government.” Although not everyone was using elgooG to challenge their government, it gave them the freedom to do so. The government of China took away the independence of their people through the Internet ban, but elgooG gave it right back to the people.

A post about Elgoog would not be complete without at least a mention of the many fun features the site offers. The site offers a bunch of fun games in addition to the ability to search for things like Comcast offers, such as Pac-Man, Guitar and Snake Game. In addition, Elgoog features fun search animations options, like Underwater and Gravity features that change the way you interact with the search engine. Even if you do not need to get around an oppressive firewall, you may want to visit the site to take a look at some of the fun entertainment features available on Elgoog.im.

Elgoog was not actually created by the makers of Google, or even the creators Gamecast NCAA. In fact, it was first a parody website developed by All Too Flat. All Too Flat is a comedy website that is responsible for not only designing the Elgoog website, but hosting it as well. The site was first released as a joke. However, it is still updated today to reflect changes to the real Google platform. This definitely makes one wonder how Google feels about the parody site.

ElgooG began as a fun idea to create a backwards search engine. One Internet user designed it simply for a programming challenge. After elgooG was born, China’s firewall had surfaced, making information availability scarce, including apps like Mozilla Webmaker. However, elgooG gave the Chinese people back their basic freedoms of information gathering and independence. A site built for fun created an international reach and impact never planned for.

In addition to the backwards elgooG, there is now an upside down version. For those who live in Kings Park who may not care about a site that is able to get around firewalls, this may be an exciting alternative. If you really want to add another dimension, simply go to the elgooG.info version that features backwards as well as upside down. Of course, this can be a fun joke or access to information. After all, some of us believe that the more tricks there are, the more fun we have.