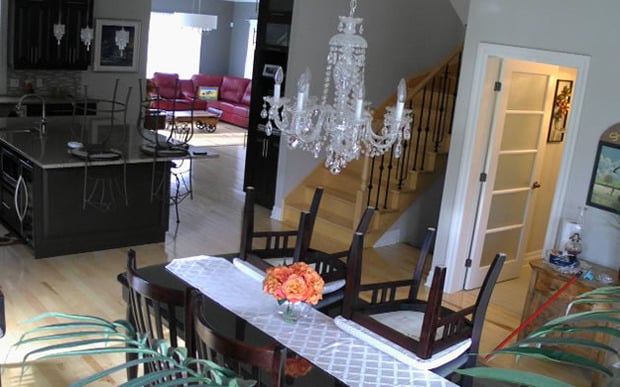 Most people usually invest in security cameras to make their home more secure. They wish to be able to see the inside of their home while away or watch infants while sleeping. Whatever the reason for these digital cameras, digital recordings are for the private use of the owner only, right?

We would like to think so. But, if these homeowners are concerned about security, you would think they would implement decent passwords. Apparently not. Many of the homeowners never change the default password they were given by their security service provider (despite being told to change the password).

What happens when you do not follow the instructions? Usually, things go wrong. However, in this case, it is a matter of data security. Instead of making their home more secure, homeowners actually invited anyone who use the default password to also enter their system. Also, you could fault the security companies for not requiring a password change to use the security system.

As a result, a Russian programmer did not even hack into thousands of security cameras. He simply entered the default password to gain instant access to over 4,000 cameras in the United States and thousands more in 100 other countries. Then, he streamed them on a website for the world to see. The site even included features to select webcam streams by country, device and manufacturers.

And by the curious nature of people, the site grew in traffic. Until, the United Kingdom called for the immediate closure of the site. Now, the site has a simple resume of a programmer looking for a job. Clearly, he is not too worried about staying anonymous. Some companies might look at his job as creative and innovative due diligence. However, many companies would not be interested in hiring someone who followed through with such unethical actions.

It has been reported that the proper authorities are investigating the issue. A German researcher seems to have identified an individual behind the site and reported it immediately. In the meantime, whenever you are given a default password, be sure to change it, especially if you are using it for security purposes.

To boost your webcam security, be sure to use a safe and secure password. This will diminish the chances of anyone being able to gain access into your secure network just by hacking your Soundwire account. Once you have proper account details in place, you are ready be begin using your webcam for home security.

Clickjacking is one of the easiest ways for your webcam to be compromised. Clickjacking is a technique that alters the rendering of a website in a way that makes the Flash permission prompt invisible. Usually, the prompt is then placed in a location that is almost sure to be clicked, like the play button of a video. Then, without even being aware, users grant permission to Flash to use their webcam to take pictures or access the microphone. You definitely want to be aware of clickjacking in order to do your due diligence for IT security. This is one of the most common methods of webcam hacking.

Next, choose a reliable software. There are many webcam security software on the market. Moreover, there are many more on the open source market. However, you have to decide if free is really worth the price tag. In some cases, using an old computer as a security web camera might seem like a great idea if the software is secure.

One of the most common ways webcam security is compromised is through malware. This malware is typically spread through shortened links on social media sites. Malware developers use link namespaces shorteners like Bitly to hide the end link destination. This makes it much easier for users like you to fall victim to the malware. Make sure to treat these shortened social media links with great care. This is one of the most important webcam security strategies to keep in mind.