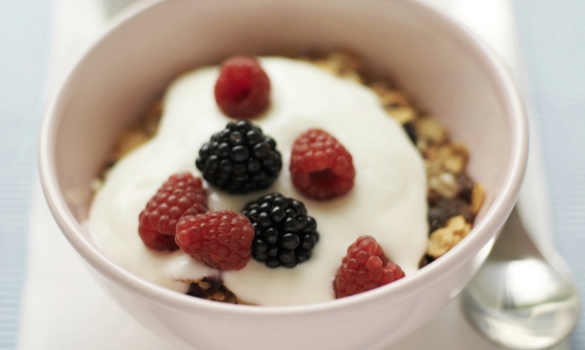 Google Android came out with the “Froyo” update in May 2010. Froyo was Android 2.2, while the latest update is at 6.0. In this post, technology users can see what changes have occurred to the Android since the Froyo update six years ago. Or, you can check out the newest iOS updates too.

In an article published on the release day of Froyo, PCWorld.com wrote that Froyo boasted four new features. Froyo would increase speed, support Flash, include built-in tethering support and have mobile data hotspot support. Froyo ran two to five times faster than 2009’s Eclair update. Many were amazed by Froyo’s capabilities, especially the mobile hotspot feature. Froyo gained a lot of attention in 2010, but Android has made leaps and bounds since then.

Compared to today’s Android releases, the Froyo update took several months to roll out. It included serveral major phones like Motorola phones, Huawei Ascend, LG Apex and Samsung devices. On the other hand, ther were some phones that did not receive the update at all. While unlocked phones saw the update as early as 2010, the updates were slowly rolled out through 2011.

To date, there are still millions of users on the froyo update. Some estimate that over 70 million users are still on the Android froyo version. They use the froyo platform to access their phone, apps and android dailers. This is due to having older phones or outdated service. Unfortunately, these users are usually located in developing markets. While they may want to upgrade, their current device might not have the hardware requirements to run a more recent android update.

Honeycomb was two updates after Froyo and released in 2011. This 3.0 update actually wasn’t available on all Androids, but served as the blueprint for Android’s next update. Honeycomb was designed exclusively for tablets, as Google’s unsuccessful attempt to gain traction in another markets. One major change with Honeycomb was the move from green to blue accents. Green will forever be associated with the Android, but Honeycomb used blue for several highlights throughout the interface. Although Honeycomb’s impact wasn’t as great as Googled hoped, by acknowledging this update, tech users can again see how far Android has come.

Android’s 4.0 update, dubbed Ice Cream Sandwich, was also released in 2011. Unlike Honeycomb, this update was available for both phones and tablets. TheVerge.com called Ice Cream Sandwich, “the biggest change for Android on phones yet.” Three of the major changes with this update included a custom home screen, data usage control and Android Beam. Android called Beam, “futuristic at the time,” and the feature allowed two phones to share content simply by touching, which revolutionized mobile engagement. The Ice Cream Sandwich update is undoubtedly a big step in the history of Android updates.

The impact of this 5.0 update is undeniable. Lollipop, released in 2014, was no longer available solely on tablets or phones. Lollipop represented Google’s desire to compete in markets other than mobile apps, such as wearables. Android became available on smartwatches, Google Glass and Android TV. Other features in Lollipop’s interface included a battery saver and new design. Due to Google using this update to branch out into other technologies, Lollipop is an important part of Android’s history.

Marshmallow was Android’s most recent 6.0 update. Coming out in 2015, Marshmallow also introduced new features for technology users. The Now on Tap feature, also referred to as Google Now, was vastly improved and focused on context. The system would better understand where you are and what you need to know. Marshmallow also brought a clearer permissions system and Doze, which saved battery power when the device was not in use. This was especially helpful for apps like Pandora music. Marshmallow was Android’s most recent change and another important step in the software’s history.

Android Wear is not really an update to the existing Android OS. It is actually a new Android operating system entirely. Android Wear 2.0 is the latest update to the operating system for hybrid smartwatches and other wearable tech. This OS is used by all Android powered wearable gadgets, like the new Android watches that have been released. This digital watch OS is obviously a huge improvement and development from the old Froyo update.

This post discusses the five major Android updates since in 2010 that rivaled the iPhone impact. Starting with Froyo, Google also introduced Honeycomb, Ice Cream Sandwich, Lollipop and Marshmallow. Google has had many successes with these updates, but also seen some failures. It’s important for technology users to understand where Google has been in the past in order to appreciate where technology is headed in the future.