Last updated by: TheDigitalBridges.com May 9, 2017 in Gadgets

When it comes to the newest gadgets, Japan and China are like older siblings to the United States. Due to the outsourced manufacturing processes and lower costs, there is much more experimentation happening overseas. But, do not worry. Many of those innovations are actually designed here in the good old United States of America.

A Chinese company called 10 Moons has launched a tiny computer that carries both Windows 8.1 and Android 4.2. Previously, these two operating systems have not been available on the same device. It has been attempted by Google but then shut down for unknown reasons working with Asus. Now, it seems that Intel is working on a micro computer that would be low-cost and highly compatible for the two operating systems.

What Is A Micro Computer?

Simply put, a microcomputer, much like the one created by 10 moons, is a small, inexpensive computer. These micro computers are made possible by utilizing a microprocessor as the gadget’s central processing unit, or CPU. The term minicomputers or microcomputers became sensationalized in the late 1970s, when technology companies branded these devices for use in small business applications. Now however, the word has seen a resurgence in popularity due to the common practice of using microprocessors in hand-held devices like phones and tablets. Some even use them for backup purposes. 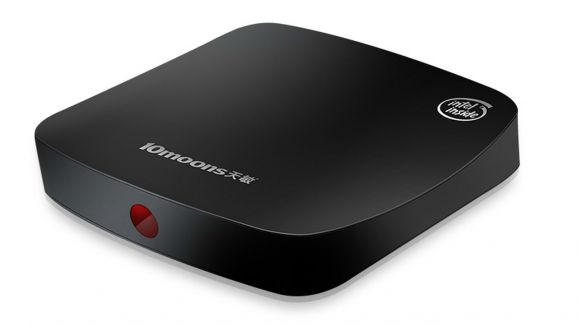 At the moment, the RMB499 micro computer is only available in China. However, if the device does take off, we could see it in shelves here in the United States quite soon. With all the competition in the digital technology, China serves as great test market for the device’s potential in Western countries.

This new device could be hinting at a new shift in the gadget industry’s direction. If companies like Microsoft and Apple get involved, we could see cheap micro computers flooding the market for as little as $59.

The Chumby Hacker Board is another micro computer that experienced Linux users love. It is also much more affordable than most of today’s desktop computer deals. The Chumby Hacker Board is the descendant of the famous Chumby One. It provides the power of a micro computer with audio video output. However, unlike other micro computers, it also offers microcontroller features. These features include analog-to-digital conversion, PWM outputs, sensors, bit twiddling and broken out GPIOs. Keep this in mind if you are looking for a single board Linux computer.

However, the major questions that remain to be answered include:

All these questions are critical to the success of the new micro devices being tested in China. The fact that Intel may have launched this product gives it a lot of legitimacy. For those looking for cheaper devices, this could be very good news. Additionally, they could be combined with technology at supercomputing events to increase its capacity.

Would you buy a mini or micro computer for just under $100? Or, do you think it is better to go with low-end tablets and laptops available for little more? We would love to hear your thoughts on this new device released in China.