Why New iOS Update 10.3.2 Security Patches Are A Must Download 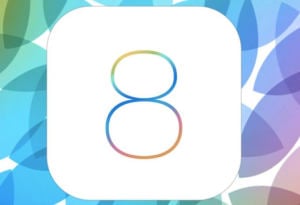 After our recent post on making technology your slave, I seems a little contradictory that we would recommend that you wait to upgrade to the latest iPhone operating system, iOS 10.0.2. In the last post, we encouraged you to embrace technology and overcome any “technophobia” that may exist because it is genuinely worth it. Now, we are telling you to slow down on the next hottest update by Apple? Not exactly.

What I am actually trying to say is this:

Most people are not extremely tech savvy. (Yes, if you are a nerd reading this site, then you have probably got it all together now). However, most people are not as courageous. And if you want to avoid some bugs and minor problems with your phone, then you will probably want to wait for the next iOS 10 update to feel the real iPhone impact of the new features.

Some users have reported troubles with using the new updates with older iPhone versions while some minor debugging and testing is expected. So, if you were inspired by the post yesterday, then do not charge ahead with the update. Just give it a few days (maybe a week or two) and then update when things are running smoothly

One such complaint with the new iOS update is the decreased battery life. Apparently for older iPhones, the new update adds some features that quickly drain a full battery. However, iPhone 7 users do not experience the same problem thanks to the new and improved battery installed in newer iPhones. Unfortunately, this bug is one that is unavoidable. However, give it time. This is not the first time that an iOS update has caused some iPhone battery issues. But at least your phone is not blowing up! This iOS battery problem caused by the update will no doubt be fixed by iOS 10.0.3.

Remember, you’ll have to learn some new interfaces or touches to make your phone work. It’ll be like the cons of switching from Mac to PC. However, learning something new will probably make your life better and more productive. After all, this was an update by Apple. We do have them to thank for beautifully designed displays, text and software overall.

The latest release of iOS 10 is now iOS 10.3.2. Several updates later, and yet many users are still wondering whether they should download the new iOS update or not. iOS 10.3.2 release is not a major update at all. However, it is a crucial if you want to maintain your iPhone security. The new iOS update brings with it roughly 23 security patches for potential entry points for hackers. The answer is yes, you should probably download the new iOS update in order to keep your phone’s security as airtight as possible. This is especially true if you own an ebusiness, of course.

If you’ve already made the switch, please let us know if you are up and running smoothly. We would love to do a round up of the favorite new features of the latest operating system for iPhone. And, if you did start using an iPhone 7 today, feel free to brag proudly in the comments below!