Mobile gaming is growing at insane rates. In almost every niche, mobile games are being created app developers, like Momentus Apps, and embraced by users. Last year, the NBA, or National Basketball Association, also joined the heat. They released a new app called NBA general manager 2014.

What Does The App Do?

The app allows fans to act as the general manager of official NBA teams from their good smartphone. Currently, it features two modes on your devices: head-to-head and tournaments. Along with other mobile games that let friends play together, the new app attracted its own slam-dunk fan base, racking up over 4 million downloads. 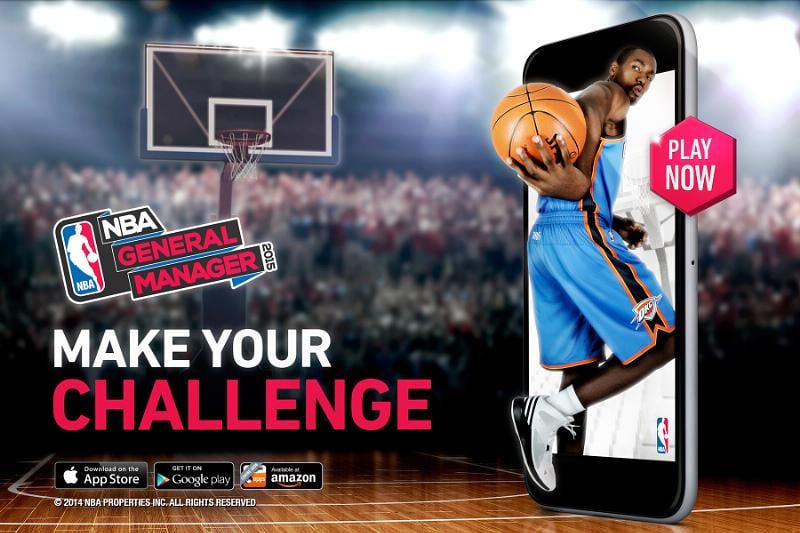 Back in the day, the mobile game builders, called The Bench, released the cover athlete for 2015. With a successful first year, you can expect the developers to have high hopes for next season, signing a well known professional. A Spanish company, The Bench signed a fellow, part-Spanish NBA professional Serge Jonas Ibaka Ngobila, commonly known as Serge Ibaka to be on the cover of the next game release.

The NBA General Manager 2015 app featured improvements for mobile users. Enhanced options to manage teams with employees, virtual power ups and player levels were brought to the basketball app. All upgrades were aimed at making the game more engaging and fun for users. A mobile design upgrade was also released, so make sure you have enough space on your phone’s drive storage to get the update.

Now, in 2017, the NBA General Manager app is allowing you to compete in tournaments, play with your friends, manage official NBA franchises and sign legends to play game by game in the new edition. The new version of the game features all the latest talent acquisitions from the NBA draft that are now players in the 2017 NBA season. In addition, the app features new challenges to let basketball fanatics complete new tasks and earn new rewards. The NBA General Manager 2017 app is looking to be their best yet.

NBA General Manager reviews are in, and users are very happy with the game, particularly iPhone 7s users. The 2017 NBA General Manager app was highly anticipated by lovers of the game. Now that it is finally been released, has it lived up to the hype? According to users of the iPhone app, it definitely has. Users report that the game is a great one to download if you love basketball and like the management aspect of the game. If you were wondering whether the new app was worth the download, it seems the answer is a resounding yes, according to current players.

Where Is It Available?

As you might guess, the app is available on Google Play for Android and the App Store for iPad and iPhone users. With a new poster child and upgrades for the next release, it will be interesting to see if the app continues to grow its user base. If it is successful, we might have to redefine the difference between mobile gaming and mobile marketing.

It has been a couple years since the original release of the NBA General Manager app, and a lot has happened in the time since – like virtual reality. With NBA season just starting up, it’s a great time to get into this NBA app game. Take full control as you manage your favorite NBA franchise from the start to end of the season, without having to worry about a gaming system that requires a certain teraflop rate.

Have you played the NBA’s latest mobile game? If so, please let us know in the comments below. We would love to hear what you think about the upcoming release next season.