Last updated by: The Digital Bridges February 8, 2017 in Technology 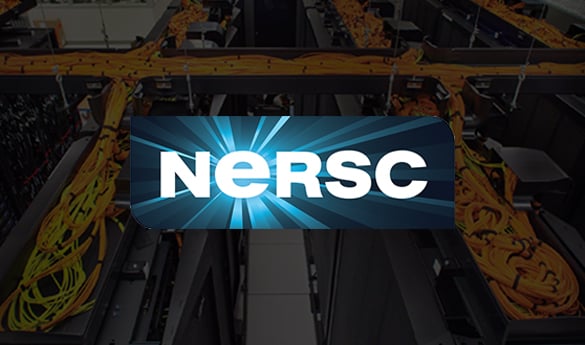 NERSC stands for National Energy Research Scientific Computing Center. The NERSC is one of the world’s largest facilities dedicated to providing computational resources for scientific research. Although the computer is primarily used by scientists, the NERSC website has a variety of fun and interesting features for you to explore from your very own computer, and even offers some networking services for those in the field. Below are some of the top NERSC website features that may be of interest.

The National Energy Research Scientific Computing Center was founded in 1974 at the Lawrence Livermore National Laboratory, which was then called the Controlled Thermonuclear Research Computer Center, or CTRCC. During the earlier portion of the eighties decade, CTRCC became the National Magnetic Fusion Energy Computer Center, or NMFECC. It was not until the early nineties that the NMFECC supercomputer changed once again to become NERSC. Several years later, NERSC moved from the Lawrence Livermore National Laboratory to the Lawrence Berkeley National Laboratory, more commonly referred to as the Berkeley Lab. Finally, NERSC arrived at its current location at the Shyh Wang Hall in Berkeley Hills. Now that you are familiar with all the names and locations of this center, you may want to read on to learn about its useful tools.

The NERSC website features a variety of tutorials meant for their computer users. However, the information can be accessed from anywhere. With their Training & Tutorial section, you can read up on cyber security featuring essential information from experts. Additionally, they have university courses available to users in the area telecommunications and more. If you want to sneak a peek at a live stream class from Berkeley College, this is the way to do it! To supplement your education even further, the NERSC website posts a variety of links that you can follow to learn more about science and computers. This educational information provides a multitude of opportunities for students and lifelong learners, alike.

With the NERSC Now Computing feature, you can see exactly what users are up to at any given time. The Live Status section of the website allows people to watch research being conducted on high energy physics and climate change. This feature is available for four different computers named Center, Cori, Edison and NGF. Each computer is powerful and utilized for a variety of interesting projects. If you want to see for yourself how fascinating scientific research is completed, you can find everything you need on the NERSC website.

In addition to seeing the scientists in action, users can also see what NERSC employees are up to on their personal blogs. Currently there are two blogs available on the website. Richard Gerber and Debbie Bard both write about a series of scientific discoveries and announcements. The two cover a slew of interesting topics, such as Cosmology, the Physics Nobel Prize and the latest updates on Edison and Cori. Keep up to date by visiting their blogs on the NERSC website. The inside perspective provided by these blogs is a feature any science lover will greatly appreciate.

Alongside the variety of information and texts available on the NERSC website, there is also a selection of interesting images that you may want to share on your social media websites. The NERSC Galleries feature photos of some of the most powerful computers in the world. If you want a look into the NERSC Center, this is definitely the place to go. Additionally, you can find visualization images created from the research of scientists using the computer. These include beautiful images of the brain and astounding depictions of exploding stars. If you want to catch a glimpse of the inner workings of NERSC and their scientific projects, the Galleries feature is the perfect place to look.

You may have heard media mentions of the annual NERSC conference. However, the New England Resident Service Coordinators, or NERSC, conference, is not the same NERSC. Next year, the 19th annual NERSC conference will be held in Rockport, Maine. This is your chance to score access to high quality training, incredible workshops and impressive keynote presentations on resident services if you live on the east coast. Fill out the form when it goes live on the New England Resident Service Coordinators NERSC website. You will not want to miss this conference, but you certainly do not want to confuse it for the National Energy Research Scientific Computing Center that runs the NERSC website.

The NERSC may be located in California, but you can visit it at any time from your own computer. Their website has fascinating content for you to read and interact with at home. If you are interested in keeping up to date with the newest developments in the field of science, look no further than the NERSC website.