How Wigo Startup Founders Moved Onto Bigger And Better Tech

A viral video is one thing. A viral party is completely different. While a viral video will rack up a number of hits or views, a viral party could overfill a venue or cause fire hazards. Similar to how to use post become viral sensations, we could soon be experiencing real-life parties going viral. A new mobile software app called WiGo makes this a possibility. 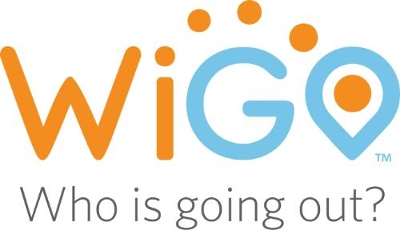 In college, plans are always on the fly. There are Facebook newsfeed postings and events, group messages and word of mouth invites happening every weekend. But, what if there was a way to make this all streamlined? That means, more students would be able to connect and plan faster than ever before.

WiGo, which stands for “Who is Going out?” allows you know where your friends are headed without having to share with your family, who see all of your Facebook statuses nowadays. More interestingly, you can also see where your friends of friends are heading. This means, college parties could explode as friends of friends decide to go to the same place, creating a viral effect. To protect the integrity of its audience, College students, the app has a blocking feature to report users were not college students. Furthermore, messages in the app are reset to maximize privacy. 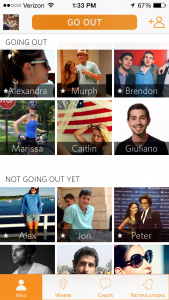 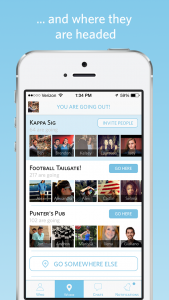 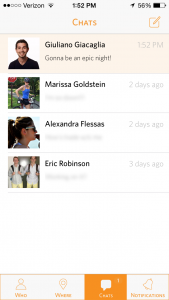 Created by 22-year-old Ben Kaplan in his Holy Cross dorm room who understood the real way devices impact relationships, the app has attracted funding from high-profile investors. The list includes the Tinder app co-founders, Sean Rad and Justin Mateen; Kayak.com founder, Paul English; Rue La La founder, Ben Fischman; and a first 10 employee of Facebook, Kevin Colleran. With an active advisory board, Kaplan should have plenty of guidance for growing the hot app.

But, it doesn’t look like Kaplan will need much help marketing or selling Twitter accounts. The app has already been downloaded over 25,000 times at more than 180 college campuses. Instead, he will have to manage the rapid growth of the app while continuing to add value for his user base and monetizing effectively.

For college students, this could be one of the most widely downloaded apps in the coming months. It will be interesting to see how the new company grows with the experience and leadership added at the top. Let’s watch and see “Who’s going out” with this new app.

Naturally, tech insiders and technology executives started to reach out to the found of WIGO, Ben Kaplan. However, it was just one of these execs that had a real impact on Kaplan’s decision to move forward with the app. After speaking with Paul English, Kaplan had the confidence to drop out of school and pursue the new accelerator program English offered. It was at this accelerator program that Kaplan met Giuliano Giacaglia, who went on to become the WIGO co-founder. Clearly, this duo and its incredibly succesful app are sure to do big things down the road. Maybe apps for pharmacists are in their future?

After $1.4 million dollars of venture capital funding, the Wigo college party app sensation has been shutdown. But, the team is working on something they believe their college students will enjoy even more – the Yeti app. The new app builds on the audience to enhance the social life in college. Instead of pushing events and places, it shares experiences. And, of course, the new college social life app is moderated only by students who attend the specific college.

What Was The Problem?

Why was Wigo a failure unlike other widely successful, yet non-compliant, taxi apps? Really, the college-aimed app failed to gain loyal users. Although tens of thousands of people downloaded the Wigo app when it first launched, the company was unable to retain those users. They were also unable to sustain growth by pulling in more college users than were leaving. Hopefully, the Wigo developers learned something useful that they can use to better the Yeti app, though it seems highly unlikely.

Have you used the WiGo app? Are you upset about the change? Have you checked out Yeti? Please let us know your answers below.