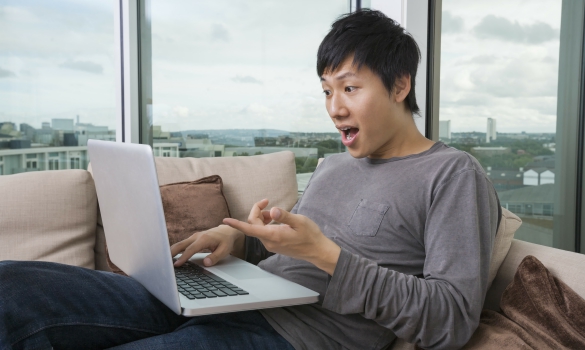 PC gamers distinguish themselves from console gamers by having a choice in their internal PC components. These components can be upgraded over time and selected by the PC gamer, meaning not all PCs are the same. You can even choose to experience the benefits of dts surround sound with your games using a PC. Consoles are a “one size fits all” released by manufacturers. If a game is released for a console, there are no concerns about whether or not it will play on the system. This is not the case for PCs, so PC gamers must be sure their PC meets minimum requirements for a game before purchase.

The CPU is the brain of the PC. There are two main CPU manufacturers, Intel and AMD. Basic CPUs have only one core, meaning it can perform only one task at a time. Modern CPUs have more than one core, which may be required to run certain games or process IoT big data. Each CPU has a model number and a clock speed (measured in GHz), which mean little alone. While manufacturer alone may not matter, PC gamers should check the number of cores and clock speed in their CPU to make sure it meets minimum requirements before purchasing a video game.

There are a number of GPU manufacturers, with many different models. Minimum requirements for GPUs are the amount of VRAM (video random access memory) it has and the resolution it is capable of supporting. The higher these numbers the better, in most cases. While it is not impossible to play a game with a GPU lower than recommended, following the minimum requirements will ensure the PC gamer views the game in the way it was intended.

Similar to GPU, there are many manufacturers of RAM available via Amazon sellers. In general, the more RAM a PC has, the better. RAM temporarily stores instructions from a program, so the more available RAM there is the quicker a PC can handle multiple tasks. Video games will specific minimum requirements for RAM, so PC gamers should be aware of this.

The monitor is just as important as the actual CPU of your gaming station. When creating the perfect computer gaming setup, you need to consider what type of HD computer monitor to use. At the bare minimum, you definitely want to have a 1080p monitor for gaming. Otherwise, you can upgrade to a 4K monitor. 4K gaming monitors are some of the absolute best. But, it could slow down a gaming computer that does not meet minimum requirements for computing power. Determine whether you need to definition minimum or whether you can splurge on a 4k screen for the ultimate PC gaming experience.

Most minimum requirements include which OS should be installed in order to run a PC game. In general, only Windows operating systems are listed but this is changing as new ones become available. Linux, Chrome and Steam have their own OS (Steam is currently in beta) which can be used for gaming, but may not be a substitute for the average PC gamer. The most recent Windows OS is Windows 10, but many games still work with older OS. In any case, a PC gamer would be wise to check the OS minimum requirements in addition to their wireless network before attempting installation.

Minimum requirements in hard drive storage space for your digital technology are relatively simple. Brand, speed and model are not as important (although of course it can be argued that some are better than others), this category is all about size. A video game requires a certain amount of space for installation, so PC gamers should consider this when evaluating minimum requirements. Some games forget to mention that save files also require space. Thus, be sure the minimum requirements are not the last bit of storage available.

Guild Wars 2 is a popular computer game software – almost as popular as Adobe Audition CS6. However, many gamers have trouble finding the minimum requirements for Guild Wars on Windows. Thankfully, we are here to help you out. Guild Wars 2 minimum system requirements for Windows include Windows XP Service Pack 3 or better and Intel Core 2 Duo 2.0 GHz, Cor i3 or AMD Athlon 64 x2 or better. You should also have 2 GB RAM available, NVIDIA GeForce 7800, ATI X1800, Intel HD 300 or better. You will also need 35 GB of HDD space available, as well as a broadband internet connection. Just in case you were not aware, you will definitely also need a keyboard and a mouse for gameplay. Keep these minimum PC requirements for Guild Wars in mind if you plan on playing the game on your Windows computer.

If you are like millions of other gamers out there, you are probably super excited for the latest Overwatch release. Just to make things easier for you, we will use this one game as an example for the expected minimum requirements for top PC games. Overwatch for PC requires a minimum of 4gb RAM AND 30GB of free disk space on a Windows Vista, 7,8 or 10 64-bit operating system. Overwatch CPU requirements are an Intel Cor i3 or AMD Phenom X3 8650. Your video card should be a Nvidia GeForce GTX 460, ATI Radeon HD 4850 or Intel HD Graphic 4400 to play Overwatch successfully.

Minimum requirements are important for PC gamers because PCs can be vastly different depending on the hardware components installed. This is true for most breakable technology. Most retailers do not accept returns on open video games, so it is important for PC gamers to research the five minimum requirements mentioned here before purchasing a video game. In the end, you’ll be glad you thought ahead to save yourself time for playing the games you enjoy.