Microchips Are Revolutionizing Everything From Payment To Birth Control

Last updated by: The Digital Bridges February 3, 2017 in Technology 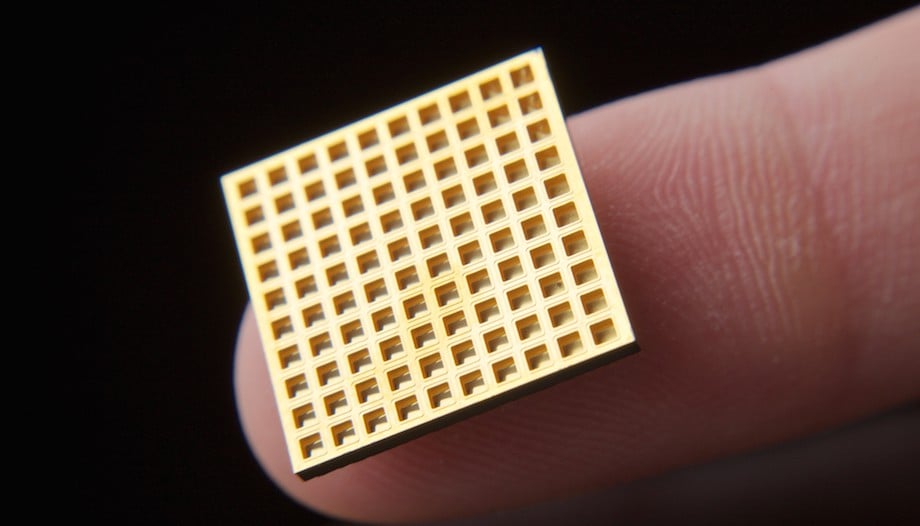 Microchips are tiny units of semiconducting material that are used to make an integrated circuit. Essentially, a microchip is a small electrical device that can send and receive computer signals. You may have heard of microchips being used to track lost pets or for added security in credit cards. Now, microchips are taking on more unusual hosts and roles. They can do much more than act as brickshelf inspiration for your Lego hobby. Microchip implants will soon be made available to human beings for various uses. To find out how microchips may be used in people in the near future, read more below.

Sweden is ahead of the curve when it comes to human-technology integration. In 2015 one office in Sweden became the first to offer microchip inserts to their employees. These microchips were embedded into the arms of willing participants. Now, employees with microchips can forego the trouble of pin codes and passwords. Instead, they can enter the office with a swipe of their hand. These Radio-Frequency Identification chips allow employees to enter buildings and complete regulated tasks without the hassle of extra security measures. If this trend catches on, you may find yourself swiping your own hand to enter an office building in the near future. Stay tuned to a site like TMoNews to see if this reaches widespread availability.

One Buzzfeed employee made history recently when he became the first person to pay for something using his hand. We are not talking about handing over cash, either. Using a microchip that was inserted into his hand, he was able to pay for a meal through the Venmo account linked to the chip. Many countries are only going cashless through debit cards and mobile payment. However, this extreme may be a more widely available option in the future. This, in conjunction with Zabbix software, can definitely help any business owners out there.

MicroCHIPS, a Massachusetts based company, is currently developing contraceptive microchips for women. These chips are remote-control activated. Women can turn them off when they choose, and doctors can alter the hormone dosages when necessary. The birth control microchips can be implanted into the upper arm, buttocks or abdomen. This method of birth control is said to last for up to sixteen years. Development is still in the early stages. The microchips will undergo pre-clinical testing soon and be made available by 2018. If this is an exciting concept for you, it will not be long before you are able to get your hands on this technology.

Microchips are made for more than cashless transactions and photocopiers. MIT recently developed a microchip that is designed to deliver medicine in measured doses at precise times. This is much more impressive than e-readers, is it not? Their first human trial was completed in 2012 with 60 women from Denmark. The microchips released the necessary dose of an osteoporosis drug. The study found that this method was just as effective as a daily shot. With the reliability and ease of a computer, patients could receive microchip implants and never again fret about taking their medication on time. Other companies are testing out the prospect of drug-releasing microchips. Soon there will be a competitive market for microchip medicine. The possibilities provided by these microchips have the opportunity to change modern medicine as we know it.

You may even be in possession of a microchip without even being aware of it. It has been many years since microchips were introduced as a solution for missing pets. Microchips are now inserted in almost every dog you buy in a pet store, rescue from a shelter or purchase through a breeder. These chips are implanted under the animal’s skin by a veterinarian. The cost of this pain free service for your pup? Only forty five dollars! Microchips can help you do everything from pay for your pet, to find them when they get lost.

If you know your pet’s microchip ID number, you can easily identify the company that will be able to locate your pet from any device with internet access and due diligence. Using the Pet Microchip Lookup tool provided by AAHA, all you have to do is enter in the 9, 10 or 15 character microchip number. Be sure not to include the microchip type code or the manufacturer name. This will provide you with the contact information for the company that you pet’s microchip is enrolled with. If you ever need to locate your pet, use the Pet Microchip Lookup tool provided by AAHA.

Microchips are expanding into many aspects of life. This tiny hybrid cloud technology is the center of some incredible research. Soon, microchips will be used for banking, security and even medicine. If you want to learn more about how microchips can be used in the future, keep an eye on recent developments from researchers like MIT and MicroCHIPS.