Last updated by: The Digital Bridges November 6, 2019 in Digital 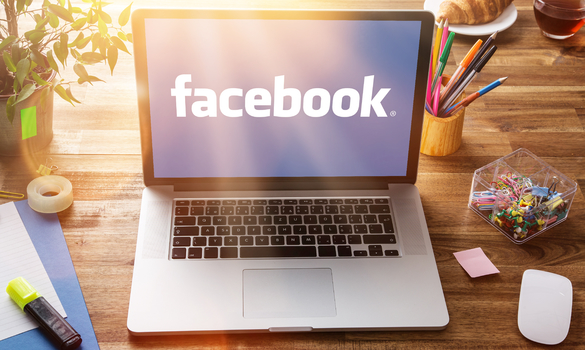 This year, Facebook surpassed 1 billion monthly users worldwide. This statistic means that 1 in 7 people in the world are on Facebook, making it the most popular social networking platform in the world. You can use the social network to chat with friends, make plans and even watch tv shows. So many people are on Facebook, but no one actually reads the Terms of Service. Here are rules of Facebook that everyone should know to prevent themselves from getting into trouble.

Facebook users, you may want to update your privacy settings. Depending on what your settings are, Facebook may own your intellectual property. Intellectual property generally refers to photos and videos you post on your page. If Facebook chose to use your property, it would be royalty-free. You can change this by updating your privacy settings. Or, if you prefer, by deleting a specific photo or video from your page and friends’ pages. This is definitely one of the rules of Facebook  that all users should know.

Facebook’s Terms of Service states that users cannot engage in, “unlawful multi-level marketing, such as a pyramid scheme.” For those unfamiliar with Bernie Madoff, a pyramid scheme is a business model that promises payment to those who enlist more people into the scheme. The Terms of Service states that users cannot be malicious or mislead others in order to extort money. Unfortunately, marketing and other scams, like the phony semiconductor companies, are common methods of money extortion on the site. Although not everyone on Facebook will start a pyramid scheme, it is important to be aware that those users are out there and can be reported if necessary.

Facebook states that you cannot access another person’s account information or make an account for a nonexistent person. If you attempt to make an account with an obviously fake name, it may not make it through Facebook’s name check. Or, Facebook may deactivate the account later. If you want to make a Facebook account with a false name for serious reasons, such as avoiding a stalker or you’re legally changing your name, you can contact Facebook directly. That way, the company will undertand that you are not wrongfully using your Facebook newsfeed as someone else. However, pretending to be someone else with cruel intentions is against the rules of Facebook and will get you removed from the site.

Now that Facebook accessibility has reached all different parts of the globe, Facebook has much more to worry about in terms of offending users. That is why the latest Facebook rule changes have enacted much stricter standards regarding graphic images and nudity. These new Facebook rules are also much more detailed. For example, images of female breasts are restricted, but only if they show nipple. Breastfeeding pictures, or pictures of breasts with mastectomy scars are okay, however, probably due, in part, to Facebook’s commitment to modern cancer research. To find out more about what Facebook considers graphic images, make sure to read their guidelines and standards.

Facebook’s Terms of Service have a rule against cyber bullying, which is a type of bullying that grew in popularity with the digital age. This type of bullying can be harmful to users’ mental health states. According to Facebook, users cannot bully or harass another person through the social network. There was a popular court case in the U.K. several years ago where Facebook was ordered to reveal the identities of several cyberbullies. Nicola Brookes was attacked by anonymous bullies on Facebook. However, Facebook handed over the names, emails and IP addresses of the bullies. This served to help the bullies be formally prosecuted. This case proves that people cannot get away with bullying on social media. Facebook users like yourself should acknowledge and follow this rule.

Thankfully, if you are old enough to remember the 1970 Plymouth, you are definitely old enough for Facebook. However, one Facebook rule is that all users must be ages 13 and over. This rule is due to a U.S. law which prohibits children 12 and under from creating online profiles. Although many underage children lie about their age to access accounts, Facebook finds and removes 20,000 profiles from underage children everyday. This is an very important rule for all Facebook users to know about, as it is one that can help keep children safe.

Another unspoken rule of Facebook that surely every one has been guilty of breaking at least once is this: if someone posts on your Facebook wall, you are expected and required to respond. Much like with text messaging, responses were optional when Facebook first appeared on the seen. No one would get upset if you did not return their comment, because they probably just assumed you had not seen it. Now, things have changed. Everyone is well aware of Facebook notifications. When you do not reply to a comment or wall posting, it appears that you are purposely ignoring the individual. Do not be rude, reply to every comment you receive.

Finally, the latest Facebook rules and regulations include no click-baiting. In the past, users could post as much click-baiting content as they desired. Other users grew frustrated with the flashy, ultimately disappointing Facebook statuses taking up their newsfeeds. The social media company put an end to these disturbances by prohibiting them. Follow this Facebook rule to comply with the app’s policies.

One billion people use Facebook, but not many have taken the time to read the Terms of Service. In this post, everyone on the social network can learn these Facebook rules. The rules included in this post are some of the more important ones that all should be aware of. These rules will not be changed, unlike the massive Windows anniversary updates. However, there are more rules of Facebook that you may be interested to read up on. Visit Facebook.com/Policies for a more comprehensive list.