Last updated by: The Digital Bridges February 13, 2017 in Gadgets 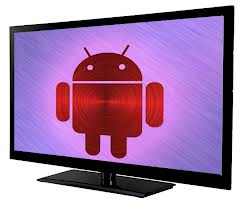 Despite the available streaming video content on mobile devices, the television industry continues to push development forward and defy the odds with incredible visual and DTS surround sound upgrades. Though similar to smartphones and tablets, the major TV developers, such as Samsung and Panasonic, aim at producing larger screens, higher resolution, and curved screens. Much like the mobile industry, they believe the popular path to success involves the idea, “bigger is better.”

Do you remember the good old days when you watched The Lion King on a huge, heavy, boxed television? Your kids now may stand their dumbfounded as you reminisce about VHS. You still recall when DVDs were considered the next great innovation for movies. Now, who buys DVDs or even Blue ray when high quality content streams directly to tablets, laptops, smartphones, and even televisions?

The Influx of Smart Devices

If you’re a digital immigrant, there’s no reason to fight the invasion of smart devices throughout life. Social media, streaming music and movies dominate the attention of mobile users.Apple, Google, and Samsung strive towards pleasing consumers and leading the way of innovation in 2014 with large curved screens. Rumors of large smartphones prematurely titled “phablets” recreate mini TVs with their streaming options through such video apps as Netflix, Amazon, HBOGo, Showtime Anytime, and other apps.

The large screens continue to flood the headlines for new tablets. Word leaked that hybrid tablets could be on the agenda to release in his new year. Such tablets could boast screen sizes up to 12 inches. Are they notebooks, laptops, or tablets? The hybrid age of mobile devices is upon us. Rather than spend $2,000 plus on smart TV, consumers opt for mobile devices with larger screen sizes that get the job done.

Even major players in the automobile industry forged an alliance with Google to introduce Android technology into cars. Forget about internal GPS systems and holding your smartphone, reading Google Maps, while trying to drive. The advancements of voice commands in smartphones is just the start of hands free interaction. What happens when the preferences and information for your smartphone, tablet, laptop, television, and car all share information and sync together? It creates a uniquely convenient experience.

Once again car entertainment is redefined by the available apps instantly available through mobile technology. Forget about channel surfing and packing the kids favorite DVDs for a long trip. Mobile apps are everywhere.

Growing up a 40 inch television presented an enormous screen shot for any TV show or movie. Now, with digital technology growing quickly, 60 inch televisions aren’t uncommon in the average household. Samsung and Panasonic are focused on releasing 100 plus inch televisions that defy logic. These “4K televisions” present a 3840 x 2160 resolution that trumps the past 1920 x 1080 HD TVs. That’s absolutely insane!

The evolution of larger screen sizes revolutionizes the cinematic experience for TV shows and movies. For example, Breaking Bad writer Vince Gilligan says, “With giant, wide TVs, you get to frame and emulate John Ford or Sergio Leone and, in the case of Breaking Bad, you can place characters in an endless expanse of Mexico prairie which gets to look very painterly and cinematic. That’s a wonderful development.”

Perhaps such consequences have led to the boom and popularity of ongoing premium TV series featured on premium networks such as AMC, HBO, and Showtime. When choosing cable providers, individuals look for ways to include those premium channels without spending countless dollars. They’d rather have the TV channels than the crazy big TVs with unheard of picture quality. There are lots of ways to save money on cable. Technology and larger screens renders a producer with far greater creative liberties and possibilities.

Despite the excitement of a 4K TV’s enhanced resolution, viewers must sit within a close proximity of the screen with specialized, FDA approved glasses on. The human eye isn’t capable of handling the high quality picture. TVs with a curved screen or not may not hold that much value to you. But with the improvements in mobile technology, Smart TVs may quickly grow in popularity when the prices decrease to appeal to the average consumer’s wallet.

Next, we are seeing the rise of smart TV Platforms, like the Fire TV stick. These platforms are similar to the adoption of mobile trends. In 2016, we have seen the release of various TV operating systems like Android TV, Firefox OS, Smart Hub by Samsung, Web OS by LG and of course, Apple TV. It will be interesting to see how Smart TV manufacturers choose to package their products with a variety of options for their customers.

Everyone wants to have the best TV, so why should it be any different if you are looking to buy a smart TV? If you want the best smart TV available, you should start your search with the Samsung KS9500 Series. The Samsung Smart TV comes in 65 inch, 78 inch and 88 inch models. While the product is quite expensive, it offers stunning picture quality HDR and sound on a beautiful, modern and high-tech curved screen. Unfortunately, however, this top smart TV does not support 3D, so if you want a 3D smart TV, you are going to have to look elsewhere. If you want to find a great smart TV, start your search with this expensive, high-end Samsung, if you can afford it.