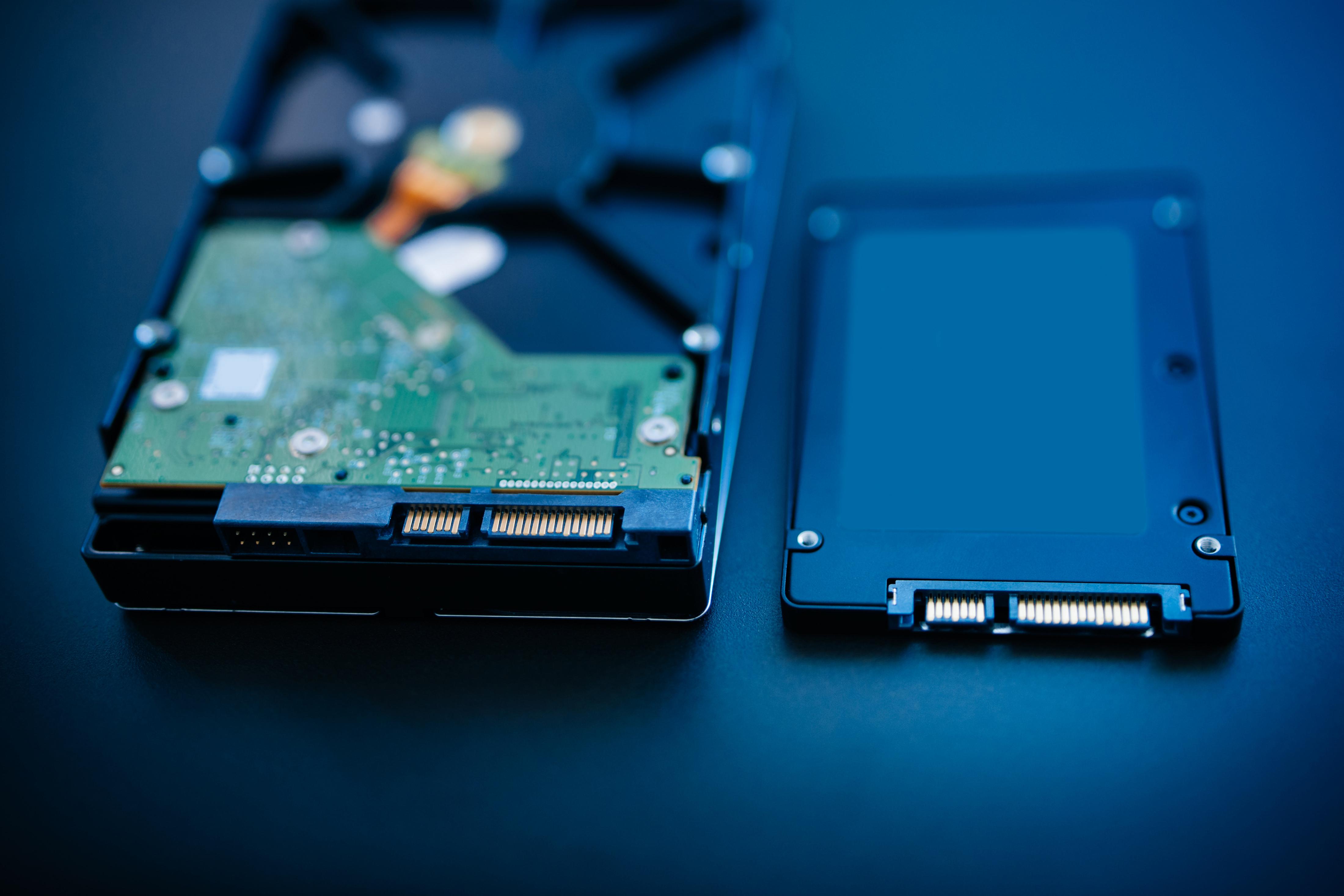 SSD stands for Solid-State Drive. This is an alternative form of computer storage that is compatible with all backup software. When compared to the traditional HDD drive, the SSD stands out as a more modern, advanced way to store your data. To find out more about the benefits of the SSD drive over an HDD drive, keep reading below.

If you want to understand the advantages of SSD over HDD, you must first know basics of each. HDD stands for hard disk drives and refers to the hardware that is coated for storage of any file types. If you create Outlook email storage files, you probably save them to your hard drive. SSD, or solid-state drives, completes the same functions as a hard drive. However, data is stored on interconnected flash memory chips that keep your data safe even when your device is not connected to power. These chips are typically installed on a system motherboard permanently. Now that you know the HDD SSD differences, you can better understand the SSD advantages listed below.

The data capacity differences between HDD vs SSD storage options are worth mentioning. This is true no matter whether you plan on storing a lossless file or tons of lossy files. HDDs with several terabytes of storage are easy to find. They also will not cost you an arm and a leg. SSD storage, on the other hand, do not hold quite as much data. Those few SSD options with over 2TB of space will cost you quite a bit of money. When it comes to storage capacities, this is one of the few things that HDD wins out over SSD storage.

SSD is much more user friendly than the alternative, HDD. SDD is incredibly easy to install. This makes techies with an average amount of technical knowledge much more likely to attempt to boost performance of their old laptop by installing an SSD. The ease of use offered by SSDs makes them much more accessible for the average computer user. Just be sure to remember to backup your data before attempting to install a SSD drive on your own.

SSD drives function differently than HDD drives. HDD drives use a mechanical arm to read and write data. Conversely, an SSD drive has no moving parts. Instead, data is stored using flash memory. There are many benefits to the lack of moving parts, including the power usage of SSD drives. SSD storage use significantly less power than HDD storage because they do not have to generate and maintain motion within the device. This means that an SSD drive can help to save energy over time, as well as save money on computer repair services. By using less power, SSD drives benefit you and the environment with less energy use and lower energy bills.

Another benefit that comes with the SSD drive’s use of flash memory is increased durability. In the event of a dropped laptop or an earthquake, the SSD is more likely to survive without losing any data, including all your favorite eco-friendly apps. This is because there are no moving parts that can be set out of place or jostled around. Additionally, an SSD drive generates less heat than the traditional HDD variety because of its lack of motion. This can prevent damage to the device over time. For a storage device that can take the heat and handle a fall, consider SSD the superior drive format.

Alongside durability is the reliability of the SSD drive, which are just as reliable as offshore accounts. These drives are less likely to fail due to rough handling, overheating or even interfering magnetism. If you have ever carelessly shut your laptop and lost important information because of it, you have experienced first-hand how unreliable HDD drives can be. An SSD drive can handle sudden changes to the system much more efficiently than an HDD drive. Additionally, they do not use magnetic parts, so data cannot be erased by strong magnets as with an HDD drive. For something that will keep your data secure and protected, an SSD drive is the better deal.

SSD drives are a relatively new innovation, similar to the overclocked CPU craze. They are most notably used in Apple products such as the Macbook Pro. As they continue to gain popularity, the technology behind them also becomes more advanced. For example, SSD drives are unmatched when it comes to speed. While HDD drives can access data in a few thousand microseconds, SSD drives can handle data at speeds of just 35 micro seconds. SSD drives are 10x faster than any HDD drive on the market. For a storage device that takes speed to a whole new level, SSD drives beat out the competition.

There are pros and cons to both SSD drives and HDD drives. No matter what you choose, it is important to back up your data, even if you use HP enterprise cloud storage. However, if you are looking for something a little faster, a little stronger, and a little more advanced, go with the SSD drive.