Last updated by: TheDigitalBridges.com May 31, 2017 in Technology

Most nerds are extremely tech savvy. In fact, that’s what makes most nerds cool. They work with computers, max, phones, tablets and any other gadget that you can probably think of. However, the tech savvy don’t always display their passion for technology (besides the occasional star wars t-shirt, awesome technology blog or high quality headphones). Recently, I came across a T-shirt that perfectly displays a nerd’s love for tech even better than a souvenir one from the latest Flash Memory Summit.

So you might be thinking, what is the coolest nerdy T-shirt for the tech savvy? 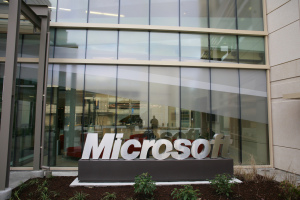 The T-shirt I found was all black with a simple sentence on it in white letters. It was just three words.

This black T-shirt was given away by Microsoft when they first opened a Microsoft Store in Connecticut. Although, this is just a great branding move, I do identify with the idea that most nerds could display their love for technology and computers through a simple T-shirt. For anyone of you who loves windows, their Eagle Eye app, command line and testing the limits of Bill Gates’ software, this T-shirt is for you. 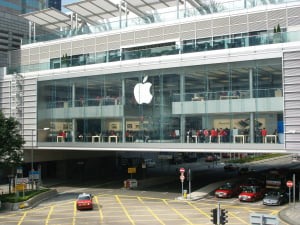 Which got me thinking, since Microsoft started opening stores (probably to compete with Apple stores) would Apple respond to this T-shirt? Perhaps, in the next few months, (or after this blog post) we might see a new T-shirt given away by Apple stores that says,

This would also be another cool T-shirt that any tech savvy nerd could wear around. If you own their worlds thinnest laptop or love bash, garageband and the Mac operating system in general, I’m sure there are quite a few people who would be very proud to wear this T-shirt.

If you like that t shirt idea above, you are sure to love the other geek t-shirts available at various retailers. The best place to start your search for cool geeky tshirts is, what else, ThinkGeek. If you have not already heard of this awesome store for geeks, take a quick visit to their website. In addition to t-shirts, they have geeky collectibles and gadgets, geeky accessories and clothing and even geeky survival tools and geeky office supplies. Unfortunately however, they do not except Bitcoin sectors for payment. For a one hundred percent geek approved wardrobe, visit ThinkGeek.

NerdyShirts is another great place to find all the coolest geek tees. The sight has a wide selection of maternity geek tees, men’s and women’s tshirts. You are sure to find a t-shirt to rep your Quake Live pride on this e-retailer website. NerdShirts also has really cool nerdy flip shirts. These shirts feature a face or character on the inside. When you flip them over your head, it looks like you are wearing a mask. If you want some of the coolest geek t-shirts around, visit the NerdyShirts website.

So Apple, if you do decide to come out with this T-shirt, please give me slice of the sales! And, if you have an idea for a cool T-shirt, like one about microparticles, please let leave it in the comments below. Who knows, maybe we’ll find that there are more nerds around than we originally thought.