Last updated by: TheDigitalBridges.com May 15, 2017 in Gadgets

If you have read our recent post on the newest iPad to be released, you know that there are already iPads in 44% of households in the United States (according to Pew Internet). And, the percentage of tablets overall will be higher than that too. Unarguably, there has been increased in popularity in tablets as people are using them for a variety of purposes like checking your google mail account. But, they have not increased just because they are the cool new gadget to have, but because they are actually making people more productive. 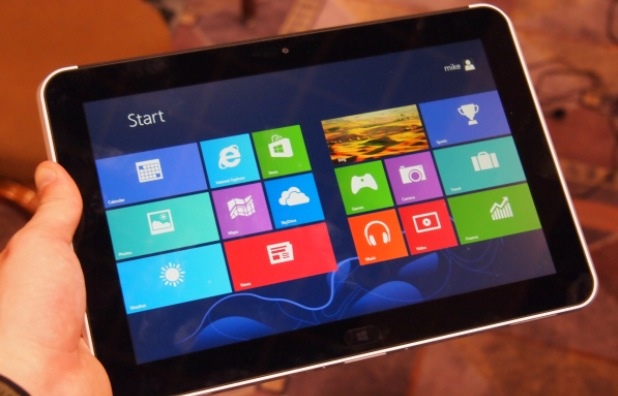 Do you currently use a tablet? The fact, the odds are that you might be reading this post on a tablet device. Which is great, except when your tablet does not work. Many people have gotten used to using tablets for leisure, work and play. Even if you are taking computer training classes, tablets can be very helpful to practice what you have learned. Unfortunately, they have also gotten used to their tablets not necessarily working properly.

In a study published by Dynamic Markets on behalf of Panasonic Toughpad, 2,362 interviews were conducted about tablet usage and experience throughout Europe. In alignment with Tim Cooke’s iPad sales prediction, the survey found that 70% of tablet purchasers reported an increase in productivity for their workforce. That means, tablets are helping businesses contribute to the bottom line.

However, the rise in productivity has been offset by the 68% of users who reported that they were either dissatisfied or thought the tablet could have been better in some way. On top of that, 86% reported problems with their tablets in the last two years while 77% found fault with the templates design or functionality. This is good for those who want to sell more tablets, but they will want to get it right this time because the competition is picking up.

As tablet prices continue to drop while adding features and functions, just like DNS Made Easy, people are expecting more from these skinny screen devices. We will continue to see companies like Apple, Google, Samsung and Amazon compete for market share in the category. The question remains who will connect with the most people based on price and performance.

Picking “the best tablets” is highly subjective, just like picking a side in the Lyft vs Uber debate. However, there are some popular tablets that are clearly popular for a reason. The most popular tablets of the moment are also likely to have the best app store offerings. The same is true of accessories as well. If you want to get your hands on the hottest tablet of the year, there are three options to consider:

These three tablets are the top competitors in the field. While the Apple iPad used to be the only real competitor in the field, times have changed. These three names are the most popular tablets around. Chances are you should consider these first before searching for cheaper tablets, especially if you want to use an Android dialer app.

As prices continue to fall, many companies are continuing to upgrade their table models. As we have seen, Apple released the latest version of the Apple tablet, the iPad Pro model. Meanwhile, Samsung continues to push the Galaxy Tab running on the Android platform well past the Froyo Android update. Then, Amazon came out with the Amazon Fire HD8 running Fire OS 5. Of course, we would also have to mention the Microsoft Surface which has seen several revisions up to the Surface Pro 4. Without a doubt, these companies, along with several others are upgrading their tablet experience to compete in the expanding market.

Are you happy with your tablet? If not, what bothers you the most? Is it speed, performance or battery life? Which company would you buy a tablet from?