Last updated by: The Digital Bridges August 15, 2017 in Gadgets 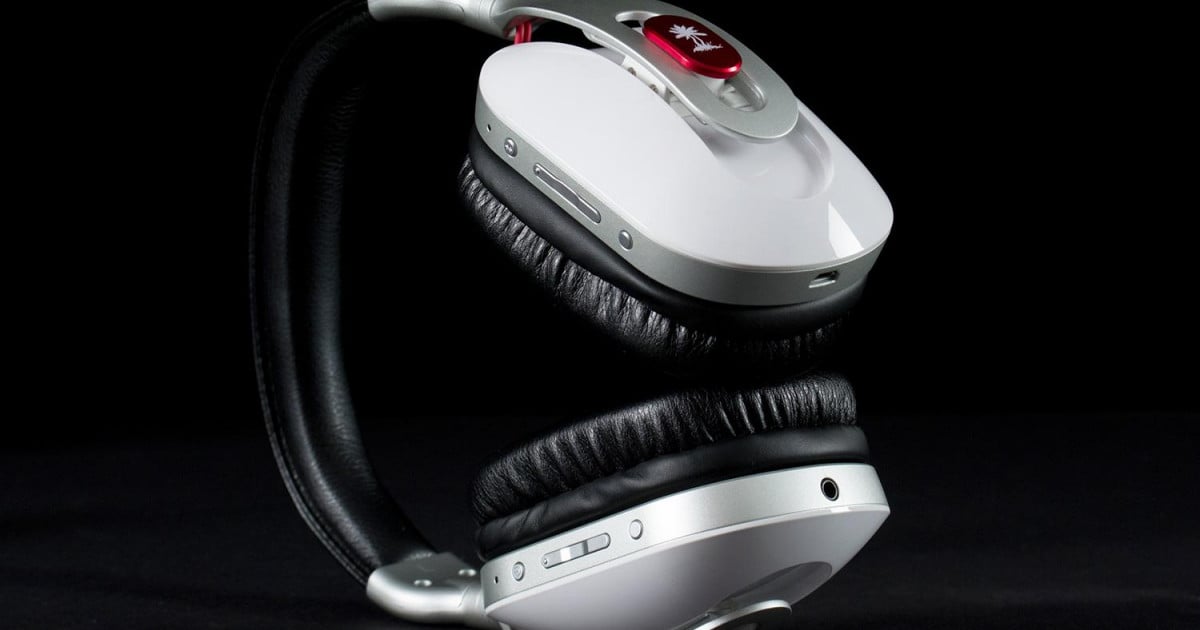 The i60 is a gaming headset designed by Turtle Beach. The headset retails for a hefty $299.95. However, it is currently one of best gaming headsets on the market. In this post, technology enthusiasts can discover five of the i60’s best features. This may help you to decide whether or not you want to shell out the cash on the headphones or save it for your rooted phones.

The i60 has a sleek, modern design that would attract any eye. The headset’s white and aluminum accents were not accidental. It was actually designed to match Apple products, just like other Macbook accessories. To aid in the minimalist design, the i60 was created without a big boom microphone. Those who stay away from flashier designs, such as Razer gaming headsets, would appreciate the i60’s simpler design. The design of the i60 lets the headset’s audio quality speak for itself. This is arguably one of its greatest features.

The i60 can be paired with several different devices. You can connect the i60 to Macs, PCs and mobile devices. Although this is a gaming headset, you can even connect the i60 to your smartphone to listen to music or connect it to your computer to listen to your latest Adobe Audition CS6 project. The sound quality will probably make you want to ditch those old earbuds that came with your phone. The only thing the headset cannot be paired with is a gaming console. Many technology enthusiasts, especially PC gamers, would be interested to discover the compatibility capabilities of the i60.

The sound quality of the i60 is truly the feature that makes up for its price tag. These headsets provide gamers with surround sound. You are able to control your audio from a desktop control unit. Listening to music with the i60, you can hear components of a song you never heard previously while using earbuds. The audio quality provided by the i60 is definitely one of its best features.

The i60 is a wireless headset that can be used at home or on the go. For use with at your desktop, the i60 connects wirelessly through a control module via Wi-Fi. While on the go, the headset uses Bluetooth to connect to any compatible device. The i60 can connect to eight devices at any given time, unlike most other Mac accessories. This means that you could hypothetically take a call on your synced smartphone while playing a game on your laptop and watching a tutorial on your tablet. The wireless capabilities provided by the i60 is another high-end, advanced feature.

Another ground-breaking feature of these Turtle Beach headphones is the multiple control capabilities they provide. The wireless headphones offer a never-before-seen desktop control unit, in addition to their top-of-the-line discreet headset controls. You can also download OS X and iOS apps, when you go to the app store to purchase the Russell Simmons yoga app, to guarantee yourself the most customizable audio experience available today. If you are a control-freak, the Turtle Beach i60 control features present you with the perfect solution to your gaming audio needs.

The i60 got its name from its purpose, as it was one of several products designed by Turtle Beach specifically with Mac and iOS users in mind, unlike most digital cameras and other technology. However, as mentioned, it is not the only product in this series. The Turtle Beach i30 is yet another iSeries headset featuring wireless stereo Bluetooth features. In addition, the i30 features voice morphing capabilities, as well as noise cancellation. If, for some reason, you do not want to buy the Turtlebeach i60, consider another product from the iSeries line, the i30.

The i60 is one of the most competitive gaming headsets on the market. The biggest downfall is the price tag. The i60 retails for just under $300. However, the i60’s capabilities might just be worth the money, especially if you work in music production. The headset features a sleek modern design while still providing excellent audio quality and reception. The wireless capabilities the i60 provides are also a considerable advantage. For technology enthusiasts, especially avid gamers, the i60 is a purchase to consider.