What To Expect From Upcoming Mobile OS Platform Features 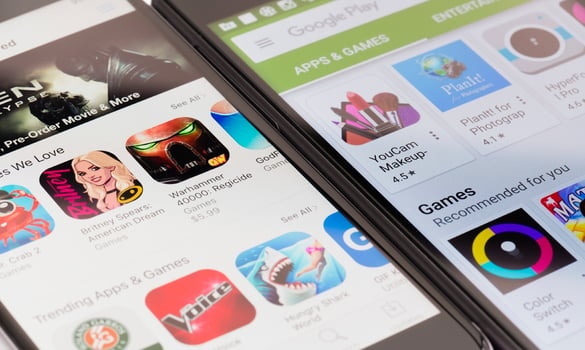 The smartphone industry is constantly innovating and reinventing itself. For the last decade, iOS and Android have dominated the market by being default operating systems packaged with smart phones. Users have come to expect certain features in their phone operating systems such as music, internet connectivity, and GPS functionality. Mobile users are always looking for ways to stay up to date with mobile trends. Here’s what you can expect from upcoming mobile OS platforms.

The newest mobile OS platforms offer cross platform compatibility. The cross platform functionality connects all of your devices to one platform. This would sync all of your information between an iPhone, iPad and Macbook. Likewise, Android offers the same level of cross platform interconnectivity. In the upcoming Google Fuchsia OS, we can expect to see the platform work across all mobile devices as well as computers with advanced processing capabilities. Clearly, this feature would continue to improve the connection when working between your mobile and computer operating systems.

The latest mobile operating systems are increasing their security measures. There are more secure mobile OS platforms than iOS and Android. These platforms in development use automated review tools and ticket tracking to solve bugs quickly. For example, the Ubuntu Phone has a combination of automated and manual review for apps. The advanced security of this platform will continue to improve as there are more users and attempts to attack the platform. In many of the new mobile operating systems, you can expect an increasingly secure environment.

Upcoming mobile OS’s give you more choices. For the average user, the mobile software is decided upon choosing their phone. In the United States iOS and Android account for 99% of the market share (3). However, there is a push towards open source operating systems and more user control. Android itself is technically an open source OS. Granted, Android does have third party software but the system itself offers a lot of user input. There is an increasing number of high quality alternative operating systems. Instead of relying on the default, tech savvy users should consider what their needs are. Mobile OS such as EELO, Tizen, Postmarket, and Lineage are Linux based providing an alternative to Android. Users can also buy cheaper phones pre-loaded with other operating systems.

Although smart phones are a huge boon to society, they have also been shown to be intrusive. Corporations such as Facebook and Amazon harvest and sell user data to advertisers. Google doesn’t directly sell user data, but it does use that data to create targeted advertisements. A user can avoid these pitfalls by relying less on cloud services and interconnected platforms. EELO offers an open source alternative that is disconnected from Google programs: yet still offers viable services and apps such as maps, drive, and search.

Mobile operating systems are also integrating with video game consoles. For example, the Nintendo Switch can connect directly to mobile apps. These types of mobile OS changes would mark a shift in the gaming industry. This would make it possible to play adult or children games on your phone as well as a console. This could have many more implications for entertainment and mobile games in the future. The upcoming mobile OS features present an exciting time for gaming consoles too.

Many of these mobile OS platforms are available right now. With a little bit of research and consideration, you can pick the ideal operating system for you. The mobile OS you use can give you cross device compatibility. The OS could increase your security. Moreover, you could have more choices while keeping your data private.