Last updated by: The Digital Bridges August 8, 2017 in Digital 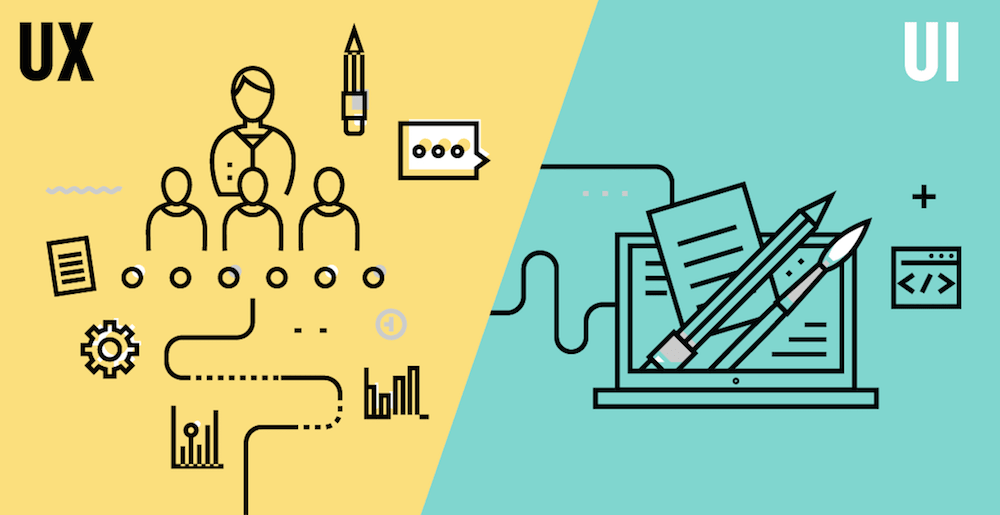 Since the announcement about the latest Windows anniversary updates, software development and product development is on everyone’s minds. People of all ages and abilities are now looking to get into tech, particularly development. However, there are all different areas of development one can choose to pursue a career in. UX and UI designers, for example, have similar skill sets and yet also have two entirely different job responsibilities. Find out the differences between UX/UI designer careers below.

UX design is short for user experience. UX designers are tasked with enhancing customer satisfaction through product usability, ease of use and enjoyment of use. You can think of UXD as emphasizing the success of the product as a whole. UX designers are responsible for delivery a product that customers enjoy using.

The question is, how are UX designers expected to satisfy customers? UX Designers have an array of job descriptions. However, typically these development professionals are tasked with competitor analysis, customer analysis, product structure and strategy, content developing, wireframing and prototyping. In addition, a UX designer must coordinate with UI designers and web developers as well as track goals and integration for analysis. This is not a position that will require you to know how to fix Sylk file format errors. If this sounds like your dream day, you may want to become a UX designer.

UI, on the other hand, stands for user interface design. UI design is a broad term with many different interpretations in circulation. However, the term UI designer could be used to refer to visual designers or interaction designers. It is mostly a tech-specific position, unlike UX. UI design focuses on the importance of the interactivity, appearance and usability of a product. UI professionals are required to turn the research of UX designers into a product that has a nice appearance and a responsive experience.

UI designers have a different set of job duties than their UX peers. A UI designer will be responsible for design research, branding and graphic development, user guides, UI prototyping, interactivity and animation, device adaptation and optimization and developer implementation. Simply put, as a UI designer, you will be responsible for delivering a product that gives the customers what they want in a beautiful, fun to use package. This is a job title that can be employed everywhere, from Word Document Online development to any small business.

Of course, those contemplating a career as a UX/UI designer will care about salary information. Who makes more, UX designers or UI designers? Unfortunately, there is no real answer to this. Tech salaries vary widely by location and employer. However, UX/UI designer salaries are comparable at most organizations. You can expect a yearly salary of roughly $50,000 to start. However, after years in the field you may be able to earn up to $90,000. This is true of both UX and UI designers. So it is best to pursue a tech career in the area of design that you feel more closely aligns to your tastes and career goals.

If you are a techie interested in pursuing a UX/UI design career, it is important to note the differences between the two disciplines. Although UX/UI designer salaries are similar, you may find that one job description fits you better than the other. Consider the differences between a career in UI design and a career in UX design mentioned above in order to determine the best move for you.