Last updated by: The Digital Bridges July 19, 2017 in Gadgets 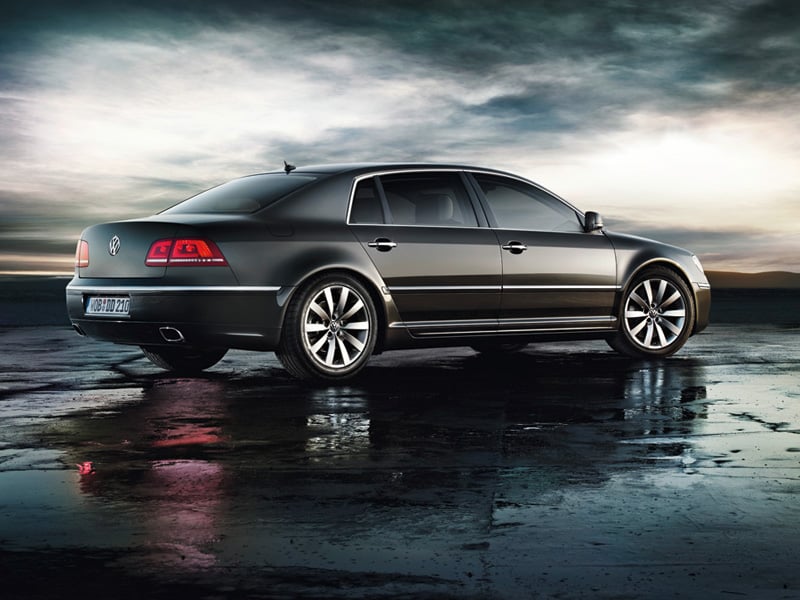 The Volkswagen Phaeton is a luxury sedan that was introduced to the public in 2002. Since then, the Phaeton has received mixed reviews around the world. In North America, the car did not sell well. Volkswagen did everything they could to garner support and sales for the premium class vehicle. However, it was pulled from the North American market in 2006, similar to the failure of Wintel. Although it is no longer for sale, the Phaeton continues to be a marvel of a failure for the popular German car company. If you have ever wondered how the Phaeton failed or why it was made in the first place, keep reading to learn that and more fun facts about the Volkswagen Phaeton.

What’s In A Name?

The Volkswagen Phaeton has an interesting and creative name that is worthy of attention, unlike the lackluster Audi Q7 features. The definition of phaeton is any type of light, four-wheeled carriages with two forward facing seats, or a vintage touring-car automobile. The makers of the Phaeton were very clever in the naming of the car. The car’s name is a nod to the history of the automobile and its evolution over time. If the Volkswagen design team put this much thought into the name of the car, surely the car itself must be top of the line too, right?

Inspired By A Porsche

The Volkswagen Phaeton was inspired by a Porsche. Although, not the car. Ferdinand Piech, grandson of Ferdinand Porsche, took on the Phaeton as his own personal project when he was the CEO of Volkswagen. Before Piech retired, he wanted to commission a masterpiece. His hope was to have the most luxurious, expensive features available put together on one highly designed vehicle that made use of all the latest energy saving tips. Although he is the grandson of Ferdinand Porsche, Piech’s masterpiece ended up turning out more like a cross between an Audi A8 and a Bentley Continental. It even shared their platform engines! The interior was constructed with the finest leather and wood that Volkswagen could find. Even today, in 2016, the car’s timeless design is striking yet classic.

Although the Volkswagen Phaeton did poorly in North America, just like the Russell Simmons Yoga app, it received favorable popularity elsewhere. Phaeton sales in Korea started out at 284 in 2005 and grew rapidly the following year to 776. The following years saw a steady rise and decline. However, not long after the Phaeton became popular in Korea, China surpassed it as the number one biggest Phaeton sales market outside of Germany. This global popularity kept the Volkswagen Phaeton on the market elsewhere, until production officially ended in 2016.

Since it was pulled from the North American market in 2006, the Volkswagen Phaeton has undergone some serious updates. In 2007 Volkswagen introduced LED daytime running lights at the Geneva Motor Show. Other improvements included a V6 petrol engine, which promised greater power and fuel efficiency. In 2010 the Phaeton premiered another facelift at the Beijing International Automotive Exhibition. This mainly involved new interior technologies, such as Automatic Distance Control, Front Assistance collision control and even 3G mobile internet. The only thing it didn’t offer was free conference calling. These new technologies added a lot of usefulness to the Phaeton’s over-engineered design but, ultimately, they could not save the luxury sedan from being pulled.

The 2010 Volkswagen Phaeton was unveiled at the Beijing International Automotive Exhibition alongside other technologies, like semiconductors. The car got a facelift for its new 2011 release. The front fascia was redesigned to more closely resemble the Volkswagen design seen on the Volkswagen Golf. The car included LED running lights, bi-xenon headlights and a new bumper with LED fog lights. The standard features included all wheel drive, air suspension and four zone automatic climate control with a multifunction steering wheel in leather or wood leather. This Volkswagen Phaeton model was much more successful than previous releases.

There is another Phaeton in the auto industry that is actually experiencing quite a bit of success. The Phaeton is a luxury motorhome produced by Tiffin Motorhomes. The company touts this new Phaeton as “the perfect getaway vehicle,” with its luxurious ultra leather, power adjustable seats, a half-galley kitchen and secluded master suite complete with designer bed linens, wood cabinetry and porcelain tile floors. The Phaeton audio system even connects to Pandora music. If you want to indulge in a Tiffin coach, the Phaeton is the luxurious motorhome model of your dreams.

The Volkswagen Phaeton is a fascinating hiccup in Volkswagen’s history. Although their premium class luxury sedan has a timeless design and impressive performance, it was largely a failure in the North American market. However, many Phaeton owners love their extravagant car all the same. If you have any more fun facts about the Volkswagen Phaeton, leave them in the comments below.